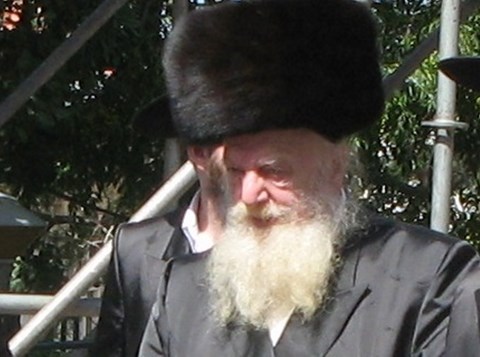 As a young bachur he entered Yeshivas Sfas Emes in Yerushalayim, where he stood out for his learning and diligence.

He was the leader of the bachurim in the yeshivah, a position he held for the rest of his life, with the bachurim and avreichim of the next few generations learning from his exalted ways, notably the ways of avodas Hashem, kedushah and taharah.

After his marriage, he settled in Haifa, where he served as the Rav of the Gerrer community for over 60 years. In Haifa, he was venerated by all the chareidi communities.

Rav Rosset, as the eldest Rav in Ger, served as the baal makri in the main Gerrer beis medrash on Rosh Hashanah.

In recent years, he was weakened, and on Wednesday night he was hospitalized, where he was niftar overnight.

The levayah of Rav Rosset set out from Haifa to Yerushalayim, where he was buried on Har HaZeisim, near the kevarim of his parents.

The Rav was niftar childless; those who can are asked to learn in memory of Harav Yisrael Dovid ben Yaakov Moshe. He is survived by, lhbch”l, Rebbetzin Itta Rochel, the daughter of Harav Yaakov Eisen, z”l, and thousands of talmidim the world over.