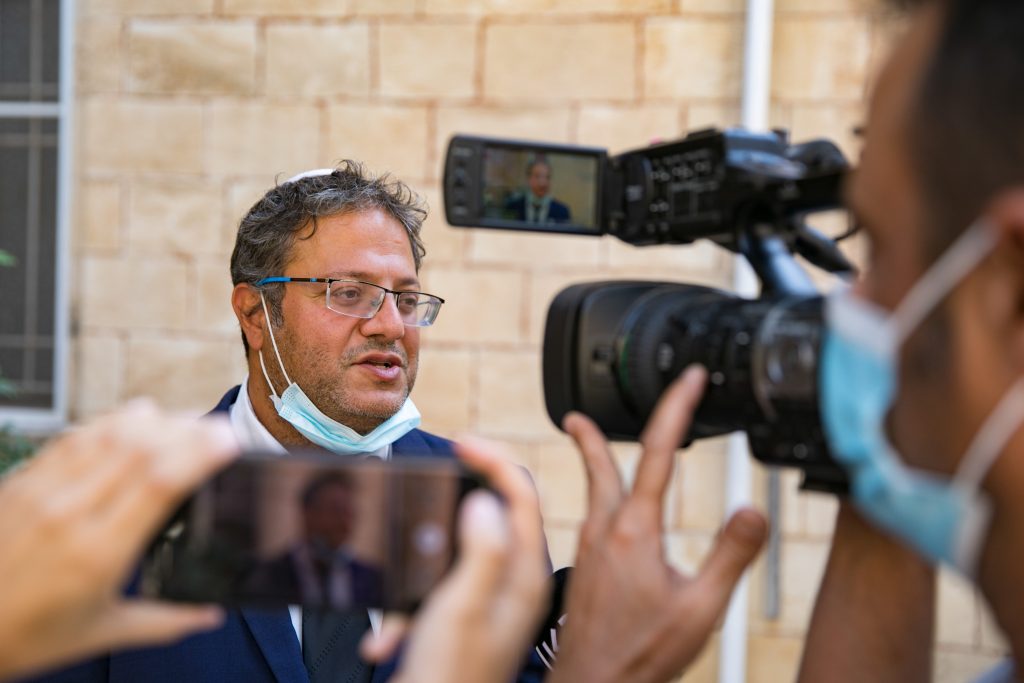 Two Arabs, supposedly security guards, threatened to attack MK Itamar Ben-Gvir at the entrance to an event at the Tel Aviv Exhibition Center on Tuesday night and were arrested by police.

The two fled the scene but police located them nearby and detained them for questioning. Ben-Gvir filed a complaint at the police station.

After the incident, many complaints were reportedly received against the security company in which the two were employed.

Ben-Gvir said after the confrontation that “the incident could have ended in murder.”

He recounted that when he parked his car, the two “started cursing, I answered they should be quiet and then they came towards me intimidatingly while threatening, ‘We will kill you, we will beat you.’ At this point I felt threatened and pulled out a weapon, I aimed down, it calmed them down for a bit.

“I saw in front of me two Arabs who were supposed to be security guards, with hatred in their eyes who cursed and threatened to hit me and murder me. I expect the police to investigate the two and file an indictment. Their placement in prison will be safer for the public,” he added.

Ben-Gvir says that in the last six months he has received dozens of threats on social media and in personal messages, as well as attempted assaults that have been investigated by the police.

The Religious Zionist Party, of which Ben-Gvir is a member, stated Wednesday that the attack is “a serious matter that cannot be ignored.”

“When MKs in the left-wing coalition receive threatening messages on their phone, they receive security, and when MK Ben-Gvir is attacked, there are those who try to blame him. This hypocrisy is unbearable,” the party charged.

It called call on law enforcement agencies to “bring the perpetrators to justice.”