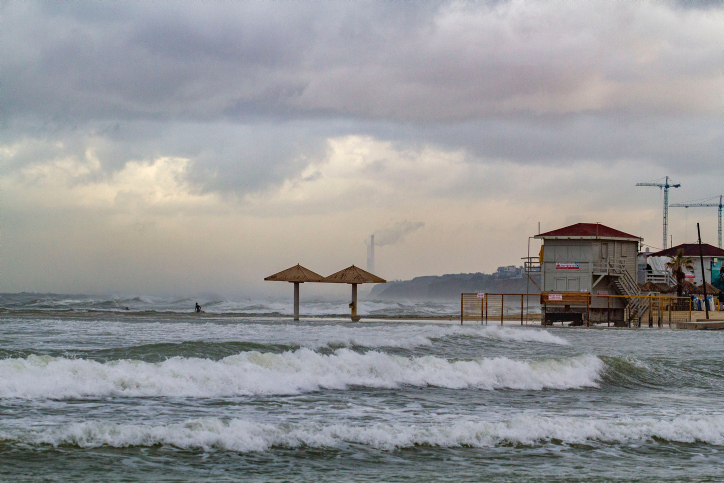 In just two days, the Carmel winter storm managed to bring record-breaking amounts of rainfall to many parts of Israel, with some measuring well over 100 mm of rain.

According to the Israeli Meteorological Service (IMS), the most impressive reporting came from the Mikve Israel weather station near Holon, which saw 175 mm of rain since the onset of the storm, with 147 mm in the past day alone.

The station, which has been in operation for over 100 years and is one of Israel’s oldest facilities, recorded similar highs on only two occasions: 199 mm in November 1938 and 148 mm in December 1954.

Tel Aviv saw 117 mm of rain over the past two days, Tzfas and the Golan Heights region saw 84 mm and Haifa 65 mm.

Yerushalayim, which is less prone to rainfall than the northern and coastal areas of Israel, saw 45 mm.

Down south, Be’er Sheva saw one 1 mm of rain since the start of the storm.

The IMS said that rainfall will continue through Wednesday evening and Thursday, which will likely increase the measurements even more.