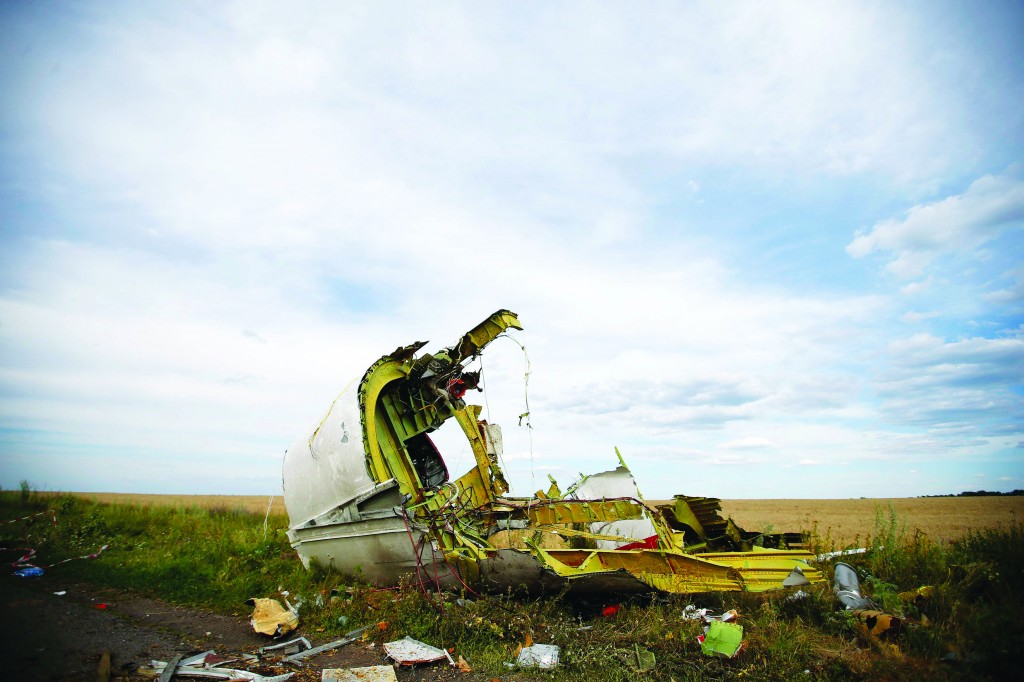 Dutch prosecutors on Wednesday demanded life sentences for four suspects in the downing of Malaysia Airlines flight MH17 over eastern Ukraine in 2014.

Prosecutors said the four recklessly used a Russian missile to bring down the passenger jet, killing all 298 passengers and crew.

Public prosecutor Manon Ridderbeks made the sentence demand at the end of a three-day presentation of evidence. The suspects are being tried in absentia.

“The downing of MH17 with a Buk missile brutally ended the lives of all 298 people on board. Incredibly deep and irreversible suffering has been caused to the next of kin,” Ridderbeks told the court.

Prosecutors accuse Russians Igor Girkin, Sergey Dubinskiy and Igor Pulatov as well as Ukrainian Leonid Kharchenko, who were separatist rebels fighting Ukrainian government forces in 2014, of forming a team that aimed to bring down Ukrainian planes using a missile system trucked in from a Russian military base.

Prosecutor Thijs Berger told judges earlier Wednesday that it’s legally irrelevant that the suspects wanted to shoot down military and not civilian aircraft.

“Legally speaking they were ordinary citizens, they were not allowed to commit any violence,” he said.

The trial is being held in the Netherlands at a high security courtroom near Schiphol Airport because nearly 200 of those on board were Dutch citizens.

Wednesday’s sentence demands came amid soaring tensions between Moscow and the West over a Russian troop buildup near Ukraine that has drawn fears of an invasion. Russia has denied plans to attack its neighbor.

Defense lawyers for Pulatov, who is the only suspect who is represented in court, will make their presentation to judges in March. Verdicts aren’t expected until September next year at the earliest.

Prosecutors had spent the previous two days explaining in meticulous detail the indictment and evidence backing it up to the panel of judges.

Prosecutors plotted in detail the route they say the Buk missile took to and from the launch site in an agricultural field near the village of Pervomaiskyi, using witnesses, social media posts, photos and video and intercepted phone calls and mobile phone location data.

They also discussed the forensic evidence gathered from the wreckage and bodies of victims that were recovered from eastern Ukraine and returned to the Netherlands for examination. Earlier in the trial, judges visited a hangar on a Dutch military airbase where the wreckage is stored to view the mangled wreckage fragments.

The prosecutors concluded that the plane was shot down by a Buk missile belonging to the Russian 53rd Anti Aircraft Missile Brigade that was driven to the launch location “by orders of and under guidance of the suspects.”

The prosecutors also cited tapped conversations between Dubinskiy and Kharchenko discussing shooting down what they initially thought was a Ukrainian war plane.

Prosecutors argue that Girkin and Dubinskiy were senior separatist rebels while Pulatov and Kharchenko were their direct subordinates.

“Together they are responsible for the deployment of the Buk telar used to shoot down flight MH17,” prosecutors said in a written summary of their arguments.