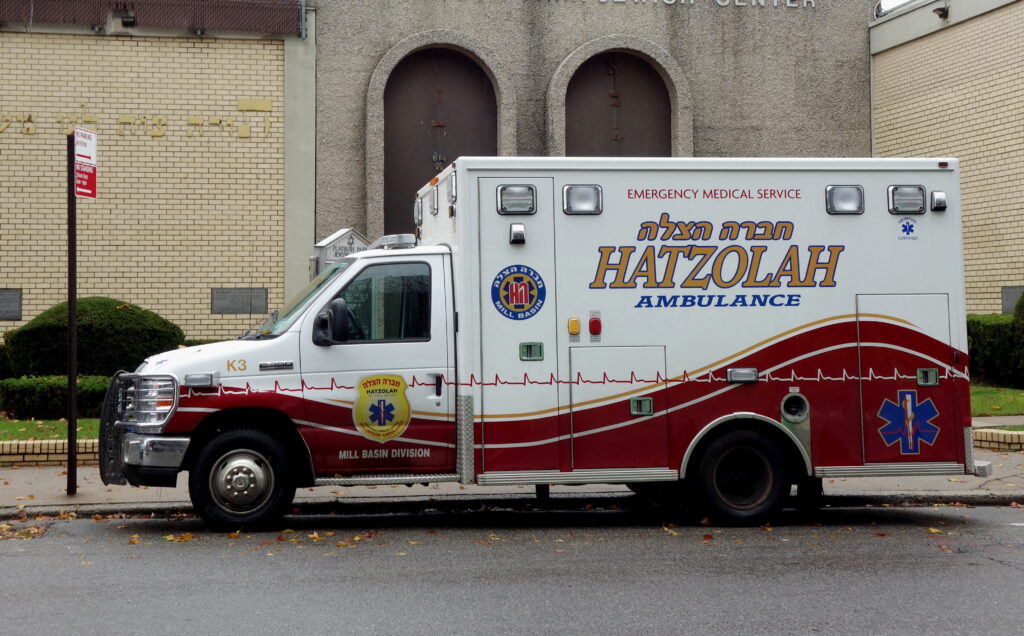 A Russian-speaking senior in need of medical attention was fortunate that when Hatzalah was called on his behalf, a politician who spoke his language just happened to be in the organization’s dispatch center.

Hatzalah routinely invites politicians to visit its central headquarters on McDonald Avenue, the nerve center of the organization’s lifesaving work. Around 9:30 a.m. Tuesday, Councilwoman Inna Vernikov (Midwood, Madison, Sheepshead Bay, Brighton Beach) was in the dispatch center at headquarters, on her first visit as a newly minted Councilwoman.

Suddenly, a call came in about a senior in distress. Motty Fleischer, executive director for Boro Park Hatzalah, was dispatching at the time, and recognized that the caller was speaking Russian, and incapable of conversing in English.

“When a caller doesn’t speak English,” Hatzalah CEO Rabbi Yehiel Kalish tells Hamodia, “there is a button that the dispatcher can press for different languages – it puts him in touch with an individual who is available to speak in these languages.”

But Fleischer immediately turned around and asked Vernikov, an immigrant from Ukraine, “You speak Russian?”

Vernikov took the phone and began speaking to the caller, translating for Fleischer.

It was an emergency: An 87-year-old man was having difficulty breathing and losing consciousness.

“Having the councilwoman there saved us time on what was a very serious call,” says Rabbi Kalish. “She was highly professional, exceedingly calm, and got the information we needed immediately, and we were able to quickly dispatch the call. A unit showed up within 90 seconds, and the patient was taken to a local hospital, where he needed to be.”

“Many elected officials have helped Hatzalah over the years in many different ways,” Rabbi Kalish says, “but for a visiting official to jump in on an emergency translation — that is a first.”

“I am beyond grateful to have been in the right place at the right time,” Vernikov told Hamodia. “What an amazing feeling to be able to take a small part in the G-dly work that Hatzalah does every day in saving lives.”