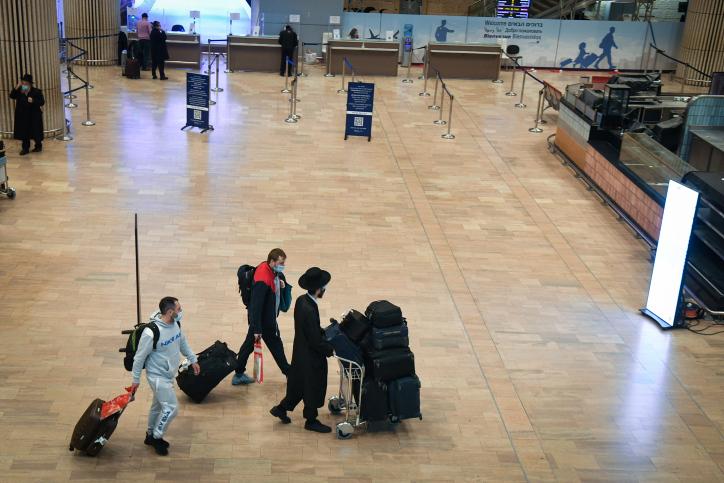 The Knesset has authorized the Cabinet decision to extend the ban on air travel to and from the U.S. and several other countries, due to the spread of the Omicron variant.

This marks the first time that the U.S. finds itself on the red list.

The measure is set to go into effect at midnight between Tuesday and Wednesday and to continue for at least a week.

Health Minister Nitzan Horowitz said that it can’t be much more than that.

“We can’t leave a ban on Israelis traveling abroad long term,” Horowitz said to the other ministers at the meeting, according to The Times of Israel. “People have needs, it’s not just for vacations.”

Horowitz reported the exceptions committee for travel has been inundated with requests, “there are thousands of applicants. The committee can’t handle it… I am receiving a flood of requests.”

The decision came as the Health Ministry reported 170 new Omicron cases, bringing the total number of confirmed and suspected infections to 1,148. Of those, 666 were among people who had been abroad, and another 93 were tracked to contact with an infected traveler.

More than half the cases were among vaccinated people.