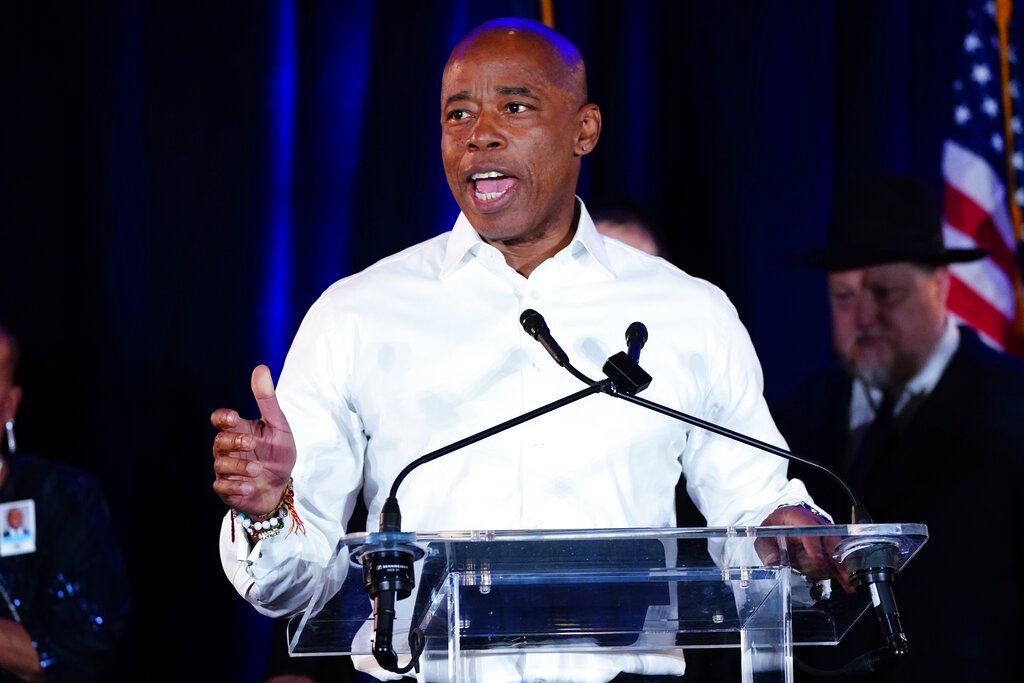 That incoming New York City mayor Eric Adams moved his inauguration from noon on January 1 — a Shabbos — to that evening, after Shabbos is over, is more than a mere symbolic show of respect for shomrei Shabbos. It reflects Mr. Adams’ long record of goodwill toward our community and bolsters our trust that the new administration will show sensitivity to the city’s Jewish residents and act with alacrity on issues important to us.

The swearing-in ceremony, which traditionally takes place at noon on the first day of the year, will take place after nightfall this time around.

Back in 2014, when frum businessman Menachem Stark, Hy”d, was brutally murdered and a New York tabloid tried to sully his name, Mr. Adams, then Brooklyn borough president, joined Orthodox leaders in condemning the crass yellow journalism. He has also spoken out strongly in the wake of antisemitic violence in more recent years.

Mr. Adams had already established a strong rapport with the borough’s Jewish residents when he served as a New York state senator representing Crown Heights and other Brooklyn locales.

Before the mayoral election, he recalled to Jewish Insider that his good relationship with Orthodox Jews “was born out of policing when, as a lieutenant, I was introduced to many of these security patrols, and from those patrols, I started to see the high level of volunteerism. The Jewish community, particularly the Orthodox community … is giving back.”

During the mayoral campaign, Mr. Adams said he would expand on a program he established called “Breaking Bread, Building Bonds,” which facilitates meal meetings between different ethnic groups in the city to encourage dialogue. And he expressed support for a program for Brooklyn students that focuses on anti-bias training and combating bullying.

“When you have a young man in Brownsville draw a swastika on the wall, and he doesn’t know the meaning of that swastika,” he said, “that’s a real indicator that we have not carried out our basic education.”

He also pledged, if elected mayor, to work to dismiss fines issued against businesses that were charged with violating the draconian coronavirus restrictions. And that was even before the restrictions were shown to have unfairly targeted Orthodox communities.

So it wasn’t surprising that Mr. Adams received significant support from Orthodox Jews both in June’s highly competitive Democratic primary and in the general election.

After winning the primary, Mr. Adams expressly noted his Orthodox support. “This community stepped up big time,” he told leaders of the Flatbush Jewish Community Coalition, who had endorsed his bid.

Some of Mr. Adams’ closest advisers, moreover, are Orthodox Jews, including Menashe Shapiro, a consultant to the campaign; and Joel Eisdorfer, a longtime ally from Boro Park. Both serve on the incoming mayor’s transition team. Also tapped for the transition team is Agudath Israel executive vice president Rabbi Chaim Dovid Zwiebel, who will be among those advising the new mayor on education issues.

Mr. Adams is popular not only because of his words and deeds in the past but also because of his plans for the future, particularly with regard to dealing with crime in the city.

He also has decried the fact that some judges let violent criminals out the next day, and plans to lobby the state legislature to change laws that allow that to happen.

At a recent Police Athletic League event at the Harvard Club, he said “We’re not going to surrender to those who are saying, ‘We’re going to burn down New York.’ Not my city.”

He also referred to agitators like those who destroyed property in Queens in the wake of Kyle Rittenhouse’s acquittal, saying, “We’re not going to have a city where anarchists come from outside our city and go into a community such as Queens and destroy the community for their own selfish needs or desires.”

We wish the incoming mayor only well, and pray for his success in fulfilling his promises and hopes for the future of New York City.