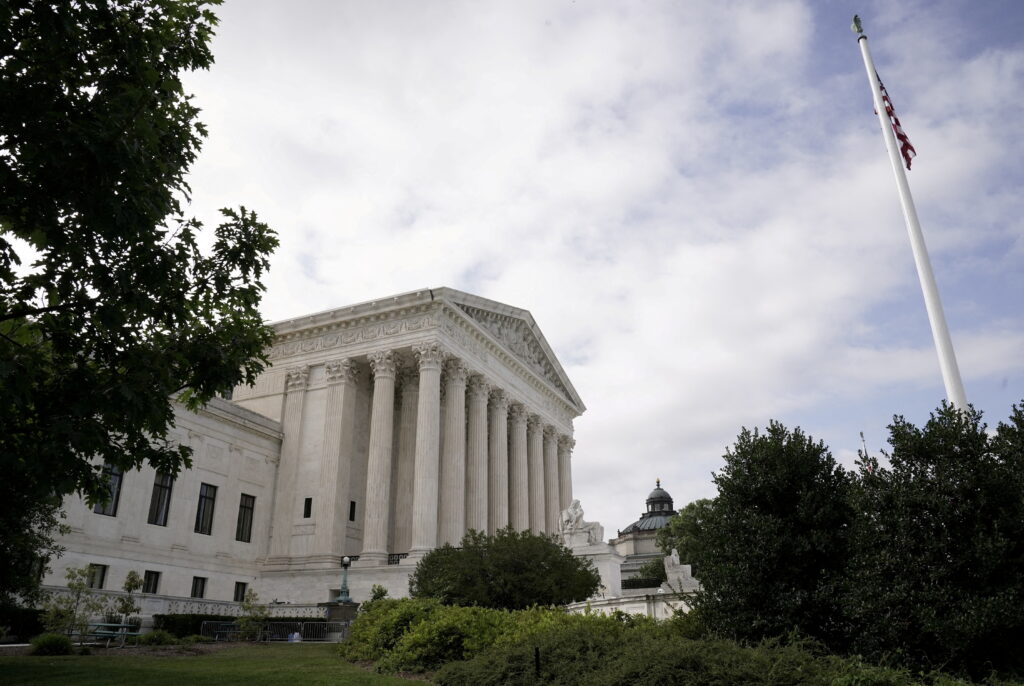 The various challengers filed court papers over the weekend asking the conservative-majority court to put on hold a decision by an appeals court on Friday to allow the mandate to take effect.

The Supreme Court on Monday asked the Biden administration to file papers responding to the challengers by Dec. 30. The justices have not acted on the challengers’ request that the court immediately hit pause on the mandate.

The dispute reaches the high court as the new, highly transmissible Omicron variant surges, with public health officials bracing for a “tidal wave” of cases in the United States.

On Friday, the 6th U.S. Circuit Court of Appeals in Cincinnati lifted a November injunction that had blocked the rule from the Occupational Safety and Health Administration (OSHA), which applies to businesses with at least 100 workers.

Democratic President Joe Biden in September unveiled regulations to increase the adult vaccination rate as a way of fighting the pandemic, which has killed more than 809,000 Americans and weighed on the economy.

The rule originally set a Jan. 4 deadline for compliance. OSHA has since said it would not issue citations related to the order before Jan. 10 and would not take any action on noncompliance with the testing requirement before Feb. 9.

Among the challengers are 27 mostly Republican-led states, various individual businesses and business groups, and two groups of religious entities, including the Southern Baptist Theological Seminary in Louisville, Kentucky. Business challengers include the National Federation of Independent Business, a trade group that represents small businesses.

The challengers say, among other things, that OSHA overstepped its authority by using a process that allows it to issue emergency measures to address specific workplace safety hazards under the federal Occupational Safety and Health Act. The challengers argue that Congress never intended the law to be used to issue such a sweeping regulation.

The dispute is not over whether vaccine mandates are “wise or desirable,” he added, but rather “the narrow questions whether OSHA had authority to issue the mandate, and whether it lawfully exercised whatever authority it had.”

Courts have separately blocked Biden’s vaccine requirement for healthcare workers in half the states in the country. The administration’s request that the mandate be allowed to go into effect nationwide is also pending before the Supreme Court.