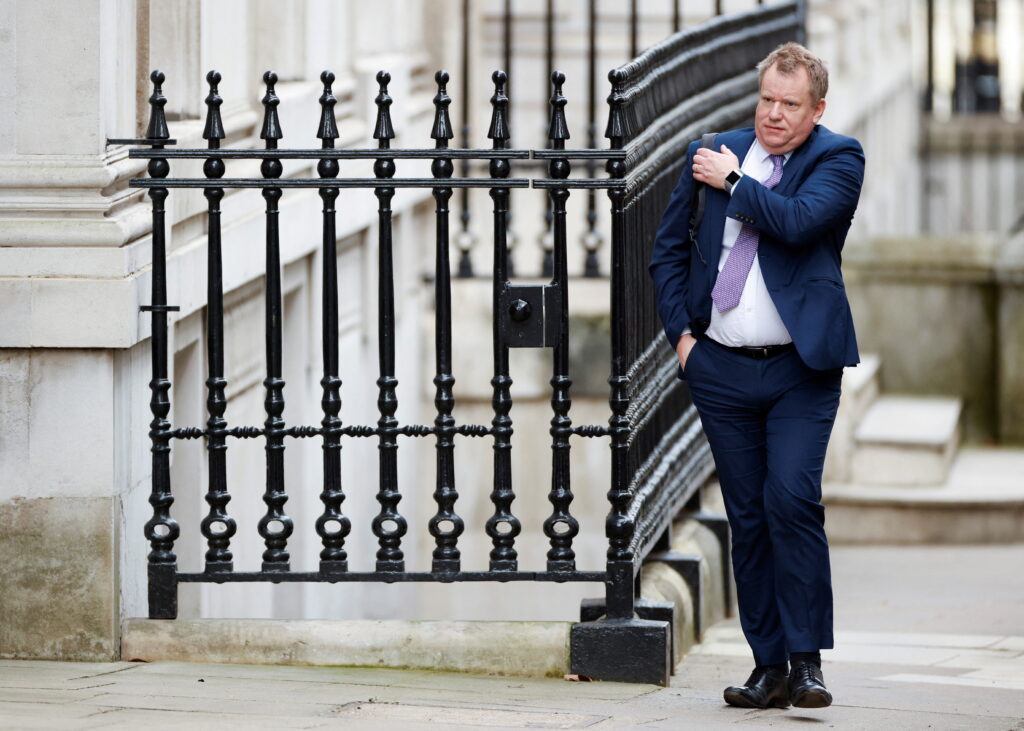 A senior member of Prime Minister Boris Johnson’s Cabinet resigned Saturday night, adding to a sense of disarray within a government that has faced rebellion from his own lawmakers and voters last week.

Brexit Minister David Frost said in a letter to Johnson that he was stepping down immediately after a newspaper reported that he had planned to leave the post next month.

Frost said the process of leaving the EU would be a long-term job. “That is why we agreed earlier this month that I would move on in January and hand over the baton to others to manage our future relationship with the EU,” he said in his resignation letter.

However, the Mail on Sunday said earlier that he resigned because of growing disillusionment with Johnson’s policies. The newspaper said Frost’s decision was triggered by last week’s introduction of new pandemic restrictions, including a requirement that people show proof of vaccination or a negative coronavirus test to enter nightclubs and other crowded venues.

And in his resignation letter, Frost said the U.K. needed to “learn to live with Covid. … You took a brave decision in July, against considerable opposition, to open up the country again. Sadly it did not prove to be irreversible, as I wished, and believe you did too. I hope we can get back on track soon and not be tempted by the kind of coercive measures we have seen elsewhere.”

The news follows a stunning defeat for Johnson’s Conservative Party in a by-election Thursday in North Shropshire, a long-time party stronghold. Earlier in the week, 99 Conservative lawmakers voted against so-called vaccine passports in the House of Commons, the biggest rebellion in Johnson’s 2½ years as Prime Minister.

Angela Rayner, deputy leader of the opposition Labour Party, said Johnson isn’t up to the job as the Omicron variant drives a spike in coronavirus infections.

“A government in total chaos right when the country faces an uncertain few weeks,” Rayner tweeted. “We deserve better than this buffoonery.″

Even some of Johnson’s own party members piled on.

Frost led talks with the European Union as Johnson’s government sought to renegotiate terms of Britain’s withdrawal from the bloc.

His resignation comes after the U.K. recently softened its stance in the talks with the EU over post-Brexit trade rules for Northern Ireland. The change of tone from Britain came as a surprise to many because it seemed at odds with the hard-line position of the Brexit minister.

Johnson’s government is also under fire over reports that officials held parties last year when pandemic rules barred such gatherings. Adding to his problems with the so-called partygate scandal, Johnson’s choice to investigate the claims had to step aside after he also was tied to such parties.

Simon Case, the head of the civil service, stepped aside from from the investigation after the Guido Fawkes website reported Friday that his department held two parties in December 2020.

The scandal erupted when a video surfaced showing a mock news conference at which some of Johnson’s staff appeared to make light of a party that violated the pandemic rules. Until that time, the Prime Minister had steadfastly denied government officials had broken any lockdown rules.

The Times of London newspaper reported Saturday that one of the events held by Case’s department, the Cabinet Office, was organized by a member of Case’s team.

The Cabinet Office said Friday that the event was a virtual quiz in which a small number of people who had been working together in the same office took part from their desks.

“The Cabinet Secretary played no part in the event but walked through the team’s office on the way to his own office,’’ the office said in a statement. “No outside guests or other staff were invited or present. This lasted for an hour and drinks and snacks were bought by those attending. He also spoke briefly to staff in the office before leaving.”