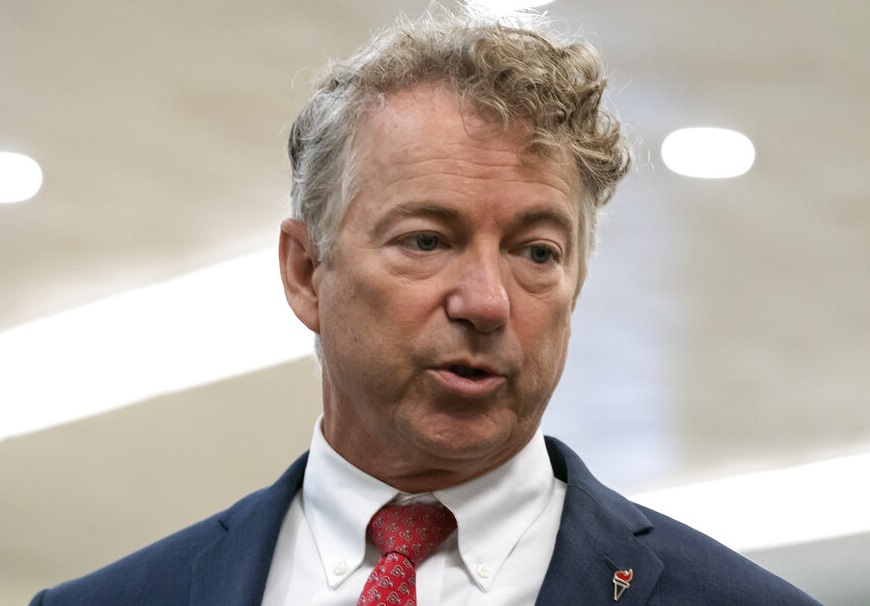 For the fourth consecutive time he has prevented passage of a bill granting $1 billion in supplemental funding for the vitally needed Israel’s Iron Dome missile defense system.

Paul maintains that he is not opposed to military aid to Israel as such, and has voted for it numerous times in the past, but for the sake of fiscal integrity the money should be taken from the $6 billion in proposed U.S. assistance to Afghanistan, which he argues is no longer needed.

His refusal to go along with the proposed unanimous consent measure will necessitate a floor vote, as it did in the House, but almost certainly will pass. A Senate source was quoted by Jewish Insider saying that it could entail a delay until February, when the legislation can be added to the omnibus spending package.

Sen. Paul came in for some scathing criticism for his intransigence.

Sen. Richard Blumenthal (D-CT), who made the unanimous consent request, noted the life-saving effectiveness of the Iron Dome:

“In total, 4,400 rockets were launched by Hamas [last May]. If the Iron Dome had failed, countless Israeli civilians would have been killed. The system performed exceptionally well and it showed its necessity for both humanitarian and strategic defensive purposes,” Blumenthal said on the Senate floor, adding, “We cannot continue to use the U.S.-Israel relationship as a political football.”