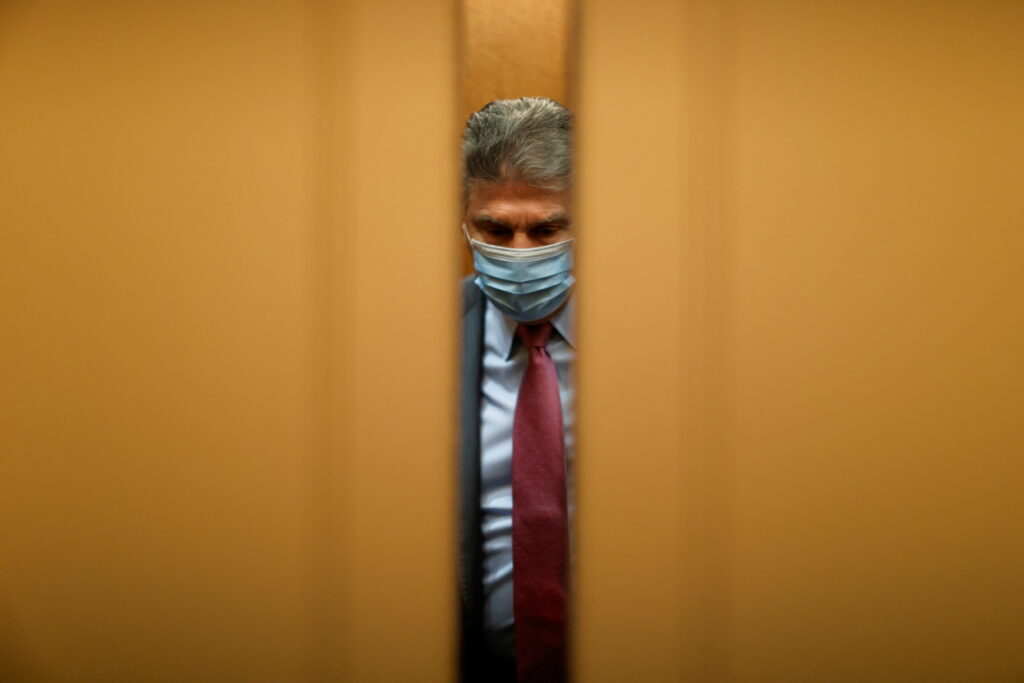 U.S. Senator Joe Manchin, a moderate Democrat who is key to President Joe Biden’s hopes of passing a $1.75 trillion domestic investment bill, said on Sunday he would not support the package.

“I cannot vote to continue with this piece of legislation,” Manchin said during an interview with the “Fox News Sunday” program, citing concerns about inflation. “I just can’t. I have tried everything humanly possible.”

A White House spokesperson did not immediately respond to a request for comment.

Manchin has been a key holdout on the White House’s “Build Back Better” plan, which aims to bolster the social safety net and fight climate change and is the cornerstone of Biden’s legislative agenda.

In a statement released after the Fox News Sunday interview, Manchin said that increasing the U.S. debt load would “drastically hinder” the country’s ability to respond to the coronavirus pandemic and geopolitical threats.

“My Democratic colleagues in Washington are determined to dramatically reshape our society in a way that leaves our country even more vulnerable to the threats we face,” he said in the statement. “I cannot take that risk with a staggering debt of more than $29 trillion and inflation taxes that are real and harmful to every hard-working American at the gasoline pumps, grocery stores and utility bills with no end in sight.

Manchin‘s support is crucial in a chamber where the Democrats have the slimmest margin of control and Republicans are united in their opposition to the bill.

Biden said last week after talking with Manchin that the West Virginia senator had reiterated “his support for Build Back Better funding at the level of the framework plan I announced in September.” The Democratic president had vowed to press in the coming weeks to finalize a deal.

Though talks with Manchin had been going poorly, Biden’s aides expressed confidence in recent days that they would eventually secure a deal.

Many Democrats feel passage of the bill is essential to the party’s chances of maintaining control of Congress in next year’s elections.

The package would raise taxes on the wealthy and corporations to pay for a host of programs to thwart climate change, boost healthcare subsidies and provide free childcare.

Biden has argued that lowering such costs is critical at a time of rising inflation and as the economy recovers from the fallout of the coronavirus pandemic. Republicans say the proposed legislation would fuel inflation and hurt the economy.

U.S. annual inflation is running at more than double the Federal Reserve’s 2% target.

Senator Bernie Sanders, a democratic socialist aligned with Democrats, said in a CNN interview on Sunday he thinks there should still be a vote on the proposed legislation, despite Manchin‘s opposition.

“I hope that we will bring a strong bill to the floor of the Senate as soon as we can and let Mr. Manchin explain to the people of West Virginia why he doesn’t have the guts to stand up to powerful special interests,” Sanders said.

Liberal Democrats in Congress had urged coupling the Build Back Better legislation with the infrastructure bill in hopes of ensuring the passage of the former. U.S. House of Representatives Speaker Nancy Pelosi, a Democrat, in September led an effort to decouple the two bills.

The Build Back Better bill has already passed the Democratic-controlled House.