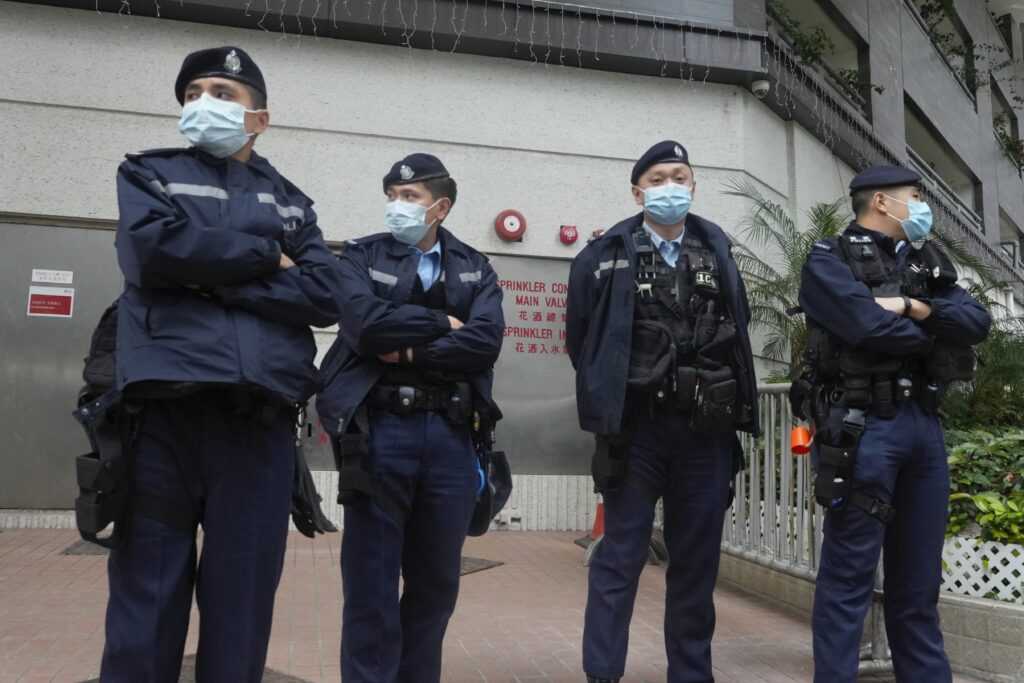 Hong Kong was voting Sunday in the first election since Beijing amended the laws to reduce the number of directly elected lawmakers and vet candidates to ensure that only those loyal to China can run.

The semi-autonomous territory was rocked by pro-democracy protests in 2014 and 2019, but they were crushed by security forces, followed by the imposition of a sweeping national security law that silenced most of the city’s opposition activists and led others to flee abroad.

Low turnout was widely expected, and seven hours after voting began, some 839,563 registered voters, or 18.77%, had cast their ballots.

Warton Leung, who did not intend to vote in Sunday’s election, said that the lack of choice in candidates dampened enthusiasm for voting.

“Although there is a chance to vote for pro-establishment and democracy candidates, there are few democratic choices, so Hong Kong people do not feel enthusiastic when it comes to voting,” he said.

Others, such as Yu Wai-kwan, saw the election as a chance to vote for a better Hong Kong.

“I am voting to choose a new bunch of people to make Hong Kong a better place,” Yu said. “I am a patriot, and I just hope for peace and quiet, and to have a good livelihood.”

Hong Kong leader Carrie Lam visited a polling station Sunday morning and said she had “no particular expectation” about the turnout.

Three protesters from the League of Social Democrats staged a small demonstration across the street from the polling station, chanting “I want real universal suffrage.”

Constitutional and Mainland Affairs Minister Erick Tsang warned that foreign forces may be attempting to undermine the elections after overseas activists urged a boycott of the vote. Under the new election laws, incitement to boycott and casting invalid votes can lead up to three years in jail and a 200,000 Hong Kong dollar ($26,500) fine.

The latest survey by the Hong Kong Public Opinion Research Institute found that 39% of respondents indicated that they are unlikely to vote.

Some 4.4 million residents are eligible to vote. The elections were originally scheduled to take place in September last year, but were postponed with authorities citing public health risks due to the pandemic. The decision was opposed by the pro-democracy camp, which accused the government of using the outbreak to delay the vote.

To encourage the vote, authorities offered free public transport in an unprecedented move, and sent out reminder messages a day before the polls.

“Casting your vote for HK — our Home! LegCo Election is important to you and HK’s future!” the message read, referring to the Legislative Council.

The rubber-stamp Chinese parliament in March passed a resolution to alter Hong Kong’s election law that many saw as effectively ending the “one country, two systems” framework under which Hong Kong was to retain its separate legal, political and financial institutions for 50 years following the handover from Britain in 1997.

The assembly voted to give a pro-Beijing committee power to appoint more of Hong Kong’s lawmakers, reducing the proportion of those directly elected, and ensure that only those truly loyal to Beijing are allowed to run for office.

The move expanded the size of the chamber from 70 to 90 seats, with members of the Election Committee, a strongly pro-Beijing body responsible for electing the chief executive, making up 40 of those. Another 30 seats are elected by business groupings known as “functional constituencies.” The number of directly elected representatives was reduced from 35 to 20. Five seats elected from among district councilors were abolished altogether.