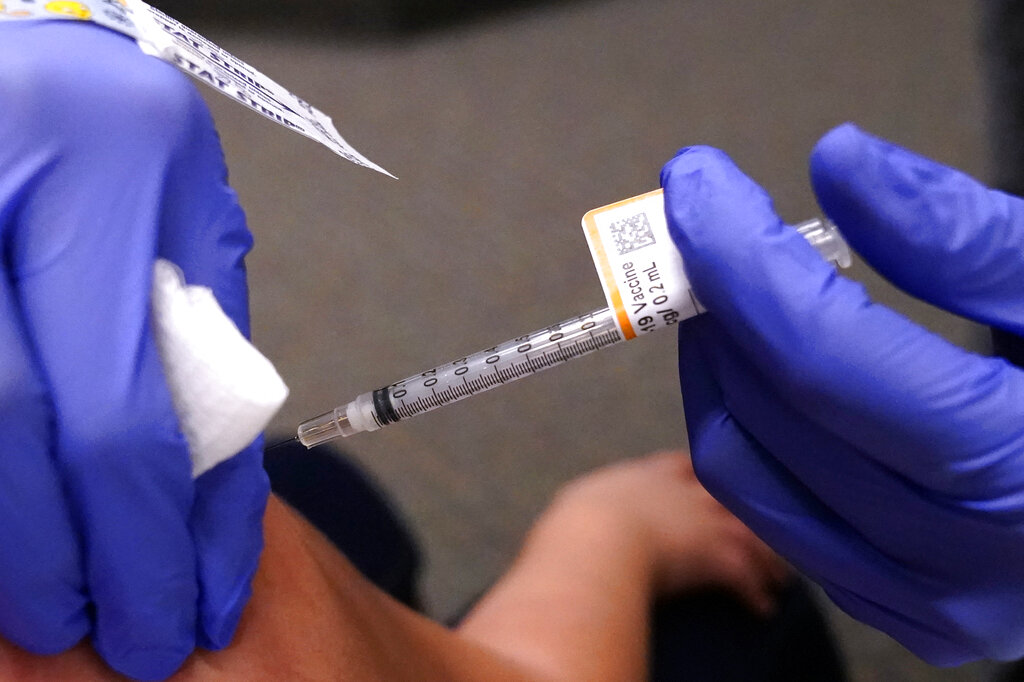 Pfizer said Friday it was changing plans and testing three doses of its COVID-19 vaccine in babies and preschoolers instead of the usual two.

The addition of an extra dose came after a preliminary analysis found 2- to 4-year-olds didn’t have as strong an immune response as expected to special low-dose shots.

Pfizer had planned to release data from its study of children under 5 by the end of the year. It’s not clear how this change will delay the quest to vaccinate the youngest children.

Pfizer and its partner BioNTech said if the three-dose study is successful, they plan to apply for emergency authorization sometime in the first half of 2022.

A kid-sized version of Pfizer’s vaccine already is available for 5- to 11-year-olds, one that’s a third of the dose given to everyone else 12 and older.

For children younger than 5, Pfizer is testing an even smaller dose — just 3 micrograms, or a tenth of the adult dose.

Researchers analyzed a subset of youngsters in the study a month after their second dose to see if the tots developed levels of virus-fighting antibodies that were similar to teens and young adults who get the regular shots.

Youngsters under age 2 had similar antibody levels, but the immune response in 2- to 4-year-olds was lower, Pfizer vaccine research chief Kathrin Jansen said Friday in a call with investors.

So the study is being expanded to evaluate three of those very low-dose shots in children under 5. That third shot will come at least two months after the youngsters’ second dose.

No safety concerns have been spotted in the study, the companies said.

Jansen cited other data showing a booster shot for people 16 and older restores strong protection, a jump in immunity that scientists hope also will help fend off the new omicron variant.

The companies also are preparing to test a booster for 5- to 11-year-olds, who are just now getting their two-dose vaccinations. And they are testing different dose options for teen boosters.

Jansen said if the additional pediatric testing is successful, “we would have a consistent three-dose vaccine approach for all ages.”