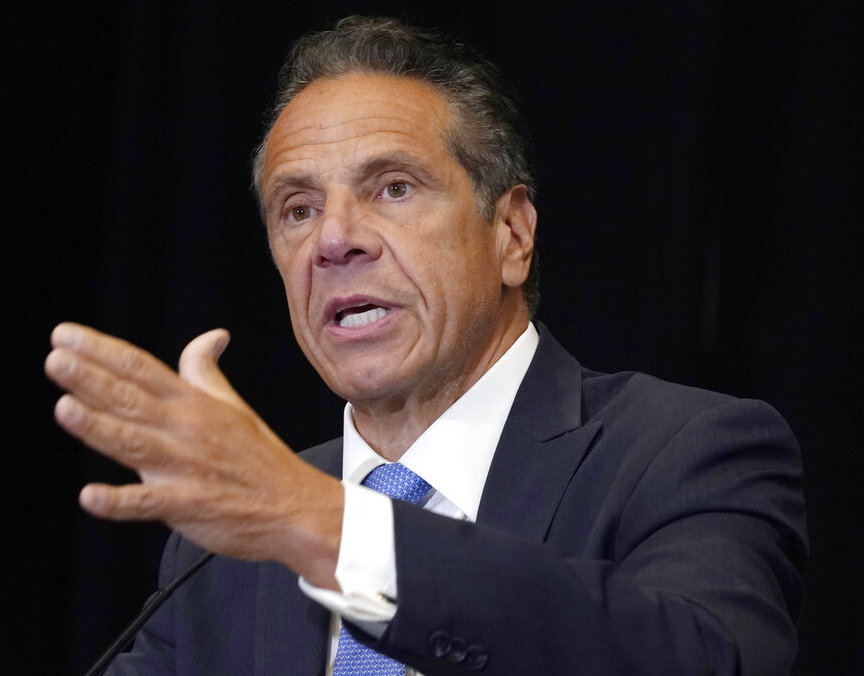 New York’s ethics commission has more work to do if it wants to seize the millions of dollars former Gov. Andrew Cuomo earned writing a book about the COVID-19 pandemic, the state attorney general’s office said in a letter Thursday.

The Joint Commission on Public Ethics on Monday gave Cuomo 30 days to turn over all money he was paid by a publisher for his book “American Crisis: Leadership Lessons from the COVID-19 Pandemic.”

The commission, which has regulatory oversight over lobbyists and government officials, concluded Cuomo had improperly gotten help from state employees to write and promote the book, and as such had to forfeit his earnings, which could reach $5.1 million.

In a letter to the commission Thursday, however, the attorney general’s office said more steps had to be taken before it would get involved in trying to collect the money.

JCOPE would have to produce an investigative report, outlining which laws were violated and what sums and penalties it was seeking.

Any referral to the attorney general’s office “should also include additional clarifications,” the letter said, including “a record of the administrative process, and the statutory authority for the decision, the amount of the imposed fines and penalties, and a determination concerning the appropriate amount of disgorgement attributable to the violation of law.”

Additionally, the committee would need to document any communications it had with Cuomo or his lawyers about the order, and then show it had exhausted efforts to collect the debt.

“It is therefore premature to ask the OAG to begin collection efforts before a demand for payment is made to Mr. Cuomo, or his counsel, and he has had an opportunity to address the demand,” said the letter, written by the attorney general’s general counsel, Larry Schimmel.

Cuomo’s lawyer, Jim McGuire, who had called the commission’s attempt to seize the book profits illegal, said the letter was another sign that JCOPE was acting outside the law.

“JCOPE’s actions violated fundamental constitutional rights and flagrantly exceeded its statutory authority,” said McGuire. “It is not at all surprising that the lawlessness of JCOPE’s latest unlawful action is being recognized as just that.”

Cuomo had been granted approval for his book deal in July 2020 by the commission’s staff, after his lawyer said he would not use any state personnel or resources to produce his book and that he would write it “entirely on his own time.”

An investigation commissioned by the state Assembly concluded that, in fact, state resources and personnel were used to prepare, write, edit and publish the book. Cuomo’s spokespeople have said any state employees who worked on the book did so on their personal time, not during work hours.