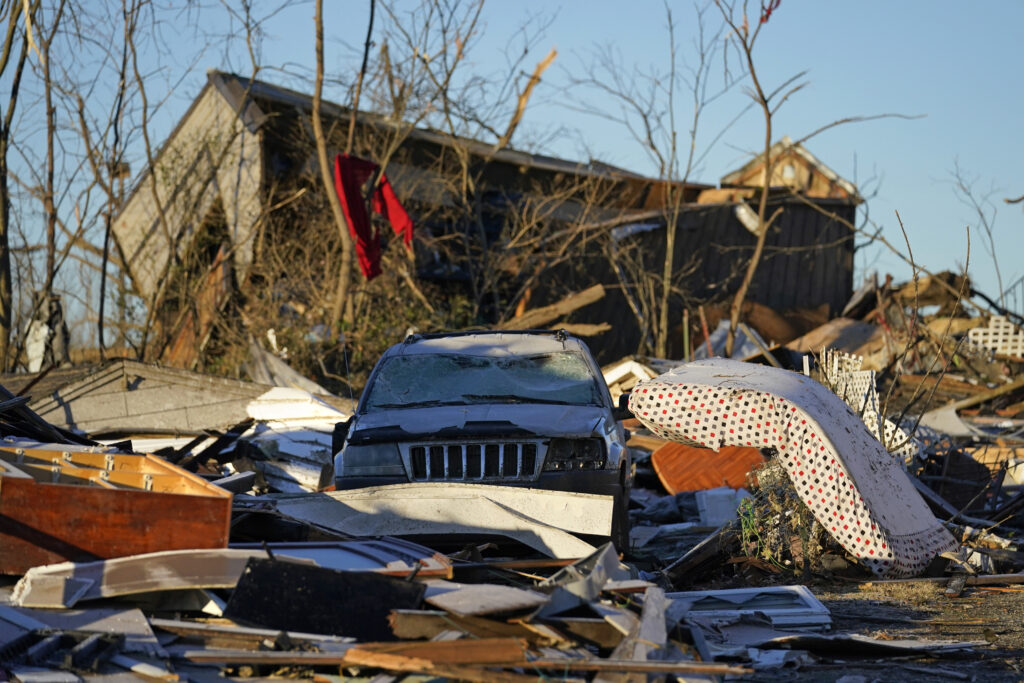 The horrific images and media reports coming out of Kentucky and neighboring states tell of a trail of wreckage and a mounting death toll following a swarm of tornadoes that destroyed entire buildings and all but wiped out towns. In Mayfield, Kentucky, only 40 out of 110 workers were rescued from a candle factory that now has layers of steel and cars 15 feet deep on top of what used to be the roof. The storm that struck the factory is thought to have originated in Arkansas and blazed an extraordinarily long trail of more than 200 miles, with winds of more than 136 miles per hour.

As the rescue work continues, and communities grapple to come to terms with the destruction, we offer our condolences to all those who have lost family and friends in this tragedy.

As Torah Jews, we recognize that there is no such thing as random “natural occurences.” Nearly a century ago, when devastating earthquakes killed tens of thousands in Japan, the Chofetz Chaim undertook a partial fast and urged Klal Yisrael to do teshuvah. Two years later, when a powerful earthquake hit Russia, destroying entire cities and causing many fatalities, the Chofetz Chaim wrote a powerful letter about it.

“Certainly, any thinking person should be gripped by fear and trembling as to what Hashem has done to us,” he wrote. “The understanding person will realize that Hashem is urging us to do teshuvah and is showing us all that He has the power to do as He pleases, and none of His creations of Above or below can tell Him what to do.”

Pointing out that because of our sins, we don’t have prophets or Divine messengers in our times, the Chofetz Chaim explained that Hashem is “urging us through other messengers to do teshuvah, as it says (Tehillim 104:4): ‘He makes winds His messengers, burning fire His servants.’”

In his classic commentary on Tehillim, Harav Samson Raphael Hirsch, gives a similar explanation of pesukim that we recite Friday nights, during Kabbalas Shabbos:

Rav Hirsch teaches that within every show of strength or harmonious beauty in what is commonly referred to as “nature,” the Voice of Hashem, so to speak, is calling to us, sending us a powerful, penetrating message — one that we dare not ignore. The tornado might have hit in Kentucky, but the message is to all of us.

When the world suffers, it’s not enough to shake our heads and say, “How sad.” We have to get the message — and return our hearts to the Sender.