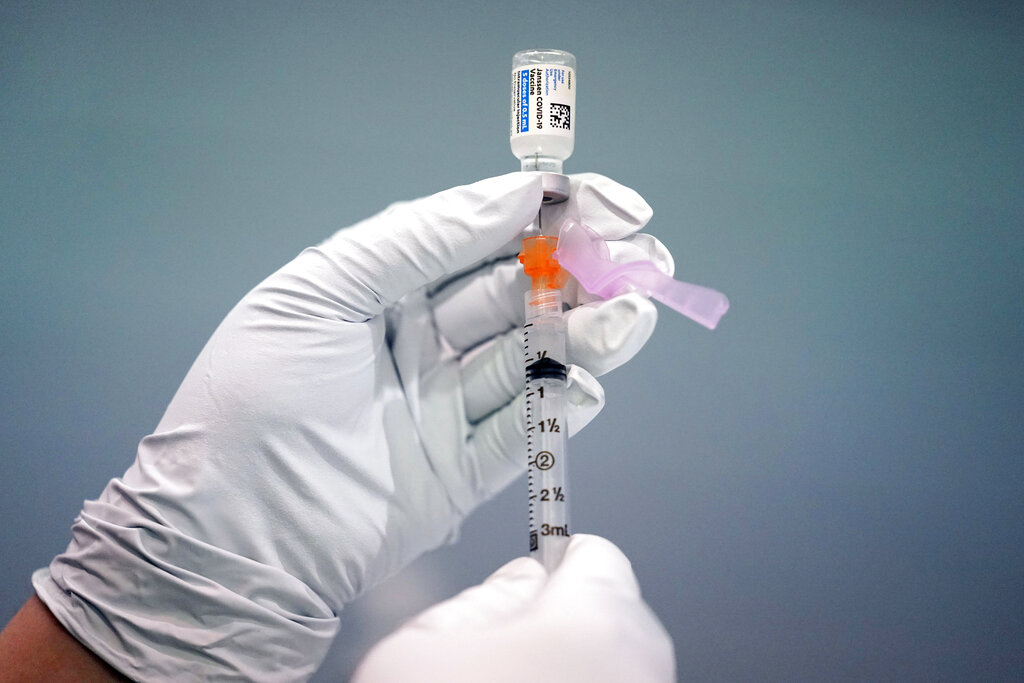 Most Americans should be given the Pfizer or Moderna vaccines instead of the Johnson & Johnson shot that can cause rare but serious blood clots, U.S. health advisers recommended Thursday.

The strange clotting problem has caused nine confirmed deaths after J&J vaccinations — while the Pfizer and Moderna vaccines don’t come with that risk and also appear to be more effective, advisers to the Centers for Disease Control and Prevention said.

It’s an unusual move and the CDC’s director, Dr. Rochelle Walensky, must decide whether to accept the panel’s advice.

Until now the U.S. has treated all three COVID-19 vaccines available to Americans as an equal choice, since large studies found they all offered strong protection and early supplies were limited. J&J’s vaccine initially was welcomed as a single-dose option that could be especially important for hard-to-reach groups like homeless people who might not get the needed second dose of the Pfizer or Moderna options.

But the CDC’s advisers said Thursday that it was time to recognize a lot has changed since vaccines began rolling out a year ago. More than 200 million Americans are considered fully vaccinated, including about 16 million who got the J&J shot.