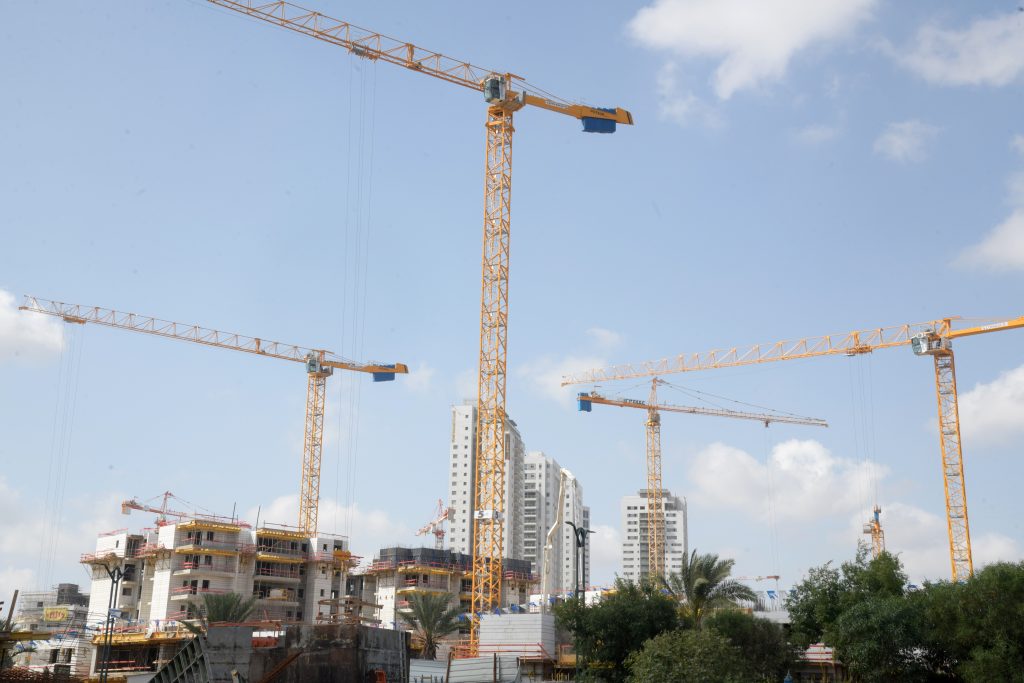 Housing prices in Israel rose by 10.3% over the 12 months to the end of October, according to figures released by the Central Bureau of Statistics on Wednesday. This is the biggest 12-month rise since 2010. Prices in deals in September-October were 0.9% higher than in August-September this year. One likely cause of the continued rise in prices is the hike in purchase tax, which led to a surge in demand as buyers rushed to beat the tax rise.

The Consumer Price Index (CPI) fell by 0.1% in November. The consensus analysts’ estimate published by Bloomberg was that the index would be unchanged. The rate of inflation in the 12 months to the end of November was 2.4%.

Meanwhile, more than 14,000 housing units were purchased in Israel over the course of October, the highest monthly number since June 2015, when over 16,000 units were bought, and an 87% increase compared to October 2020, according to a report this week by the Finance Ministry’s Chief Economist Office.

Over a third of these units (about 4,800) were bought by investors — those who already own one or more dwellings — an increase of 236% compared to the same period last year and also the highest since 2015, the report said.

A quarter of the housing purchases by these investors, or about 1,200, were made on the last day of October when plans to restore a purchase tax of 8% for second-home buyers were announced. The purchase tax, which went into effect on Nov. 28, had been reduced to 5% in 2020 in an effort to get investors back into the real estate market amid the economic slowdown brought on by the COVID-19 pandemic, boost the construction sector, and increase tax revenues. Experts correctly predicted that higher housing prices would follow.

First-time buyers purchased over 5,000 housing units in October, an increase of 47% compared to last year, the Finance Ministry said. According to the Bank of Israel, over NIS 11 billion ($3.54 billion) in mortgage loans were granted in October, up from about NIS 7 billion ($2.25 billion) in September but lower than the over NIS 12 billion ($3.86 billion) seen in June, July and August this year.