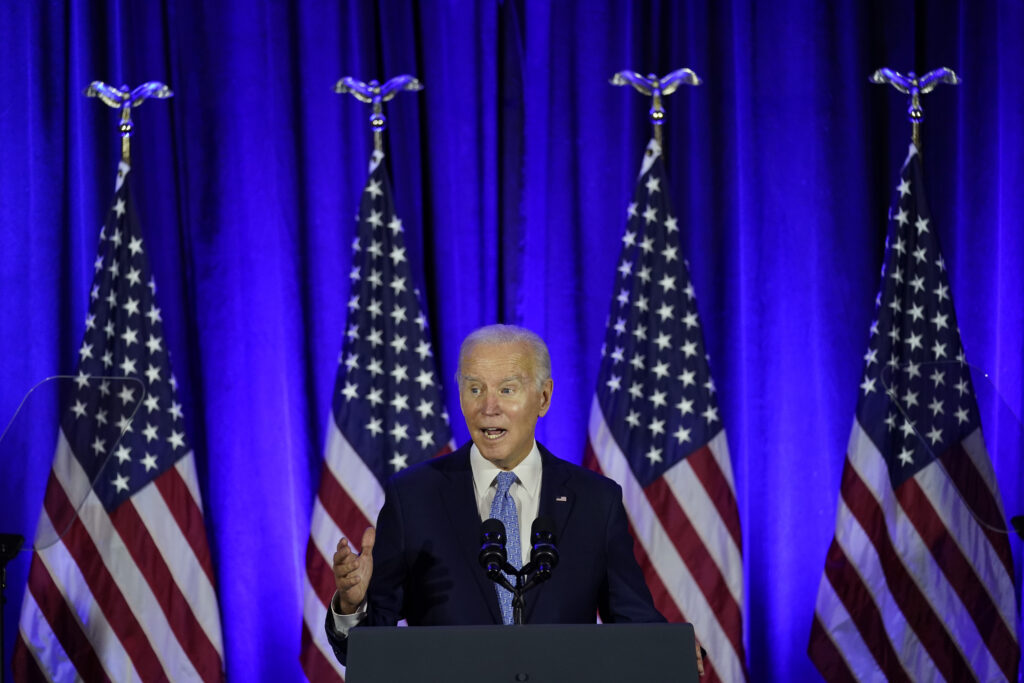 It’s one of the most far-reaching of all the federal aid programs launched during the COVID-19 pandemic — up to $300 per child going directly into the bank accounts of families on the 15th of every month.

But the last checks were to go out Wednesday, the expanded child tax credit program expiring unless Congress revives it for 2022. That appears highly uncertain as lawmakers try to push President Joe Biden’s roughly $2 trillion social and environmental bill into law.

The swift launch, and potentially quick end, to the bolstered child tax credit highlights the risks of enacting sweeping social policy changes in a politically divisive environment, without consensus to make the changes stick. Biden and Democrats on Capitol Hill might not have been praised by voters for adding the new benefit, but they almost surely will be blamed if the money abruptly stops flowing next month.

“We need to keep them going,” said Rep. Suzan DelBene, D-Wash., and chair of the House’s New Democrat Coalition. “Families deserve that predictability and certainty.”

For more than 20 years, American taxpayers have been afforded a tax break for their children. Started as a $500 per child write-off under Bill Clinton in 1997, it changed over time and was beefed up under Donald Trump’s GOP tax cuts in 2017. Biden’s American Rescue Plan increased the credit to $3,000 a year, added 17-year-olds and boosted the amount to $3,600 for children under six years old. Most dramatically, it gave the credit to millions of families with low or no income, even if they didn’t earn enough money to pay income taxes or pay enough tax to qualify for the refund.

Studies suggest the child tax credit expansions are expected to cut child poverty by 40% — with 9 of 10 American children benefiting. All told, some 4.1 million children are on track to be lifted above the poverty line, according to analysis from the Center for Budget and Policy Priorities.

After the first checks started arriving in July, about one-third of recipient families used the money during the first few months to pay down outstanding debt, along with paying for school supplies and child care, according to preliminary reports from the U.S. Census Bureau.

Families in New Mexico, which has one of the country’s highest child poverty rates, spent nearly 46% of their child tax credit money on food, a study by Washington University in St. Louis’ Social Policy Institute found.

“It says a lot about what families are worried about,” said Sharon Kaye, communications director for New Mexico Voices for Children. “This is hugely important to a lot of families.”

On Tuesday, Sen. John Thune, the No. 2 Republican, said his side was fine letting the policy lapse as the coronavirus crisis eases and the temporary aid goes away.

“The thing I don’t think you want is a huge spike in spending,” Thune told reporters. “And that would probably be the most obvious example of an inflationary type policy.”

Faced with Republican opposition, Biden is trying to pass the roughly $2 trillion package with Democrats alone, which the House has already done. But the path in the evenly split 50-50 Senate is more difficult, with no room for dissent.

Biden has been in talks with one key holdout, Sen. Joe Manchin, who appears to be the final obstacle for Democrats trying to pass the big bill.

Asked specifically about the expiring tax credit this week, Manchin did not respond to repeated questions about the potential loss.

One Democrat who has had “many, many, many conversations” with Manchin is Sen. Michael Bennet of Colorado, who said the West Virginian “is not at this moment a fan of the Child Tax Credit.”

When it became law this year, the expansion of the child tax credit was hailed as a potential philosophical shift in the way that government assistance programs work by emphasizing a direct, no-strings cash support.

Instead, the program delivers discretionary cash directly into parents’ bank accounts, leaving the parents to decide how best to use it. Recipients spend it on food, rent, school supplies or even recreational activities. Proponents described it as an element of trust that had been lacking in much of the American social safety net — relying on parents to make the right decisions on their family’s needs.

With the last checks slated for Wednesday, Democrats are rushing to ensure that Jan. 15 checks will still land in families’ bank accounts. The Treasury Department has warned lawmakers that Dec. 28 is the deadline to pass the bill and ensure no disruption, though lawmakers have suggested payments could be made retroactively if Biden’s package stalls.