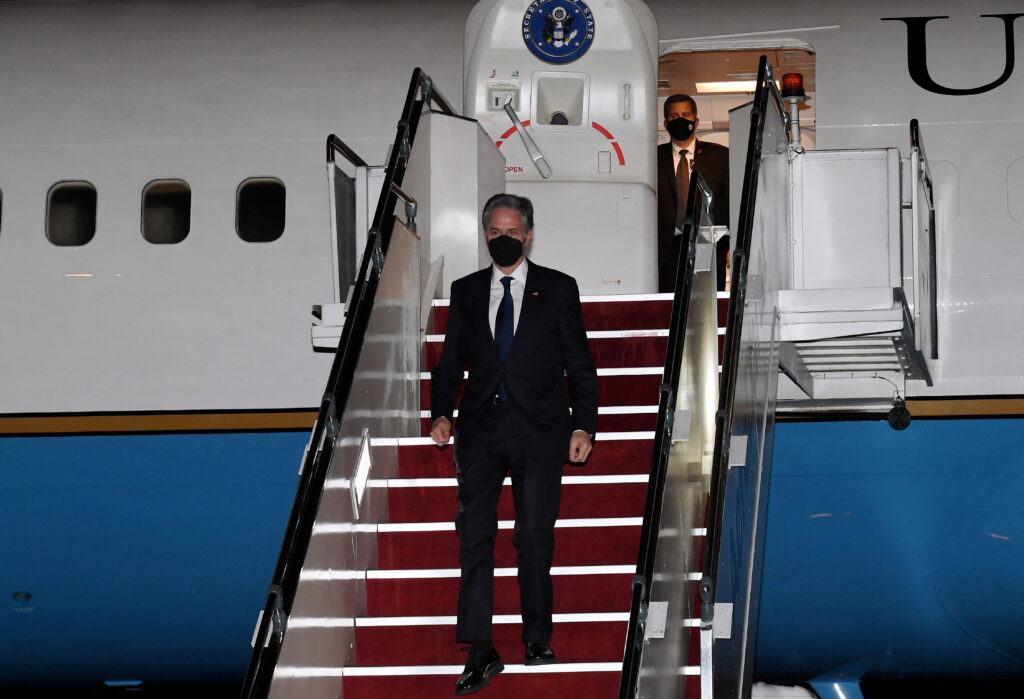 Secretary of State Antony Blinken cut short his Southeast Asia visit on Wednesday due to a COVID-19 case in his traveling party, an official said, in an abrupt halt to a trip aimed at boosting ties in a region where China’s influence has grown.

Blinken was due to hold meetings in Thailand on Thursday before making the return to Washington and the decision was taken in light of a positive case among the traveling press corps, State Department spokesperson Ned Price said.

Blinken and senior officials had tested negative on Wednesday in Kuala Lumpur, when the positive case was confirmed, Price said, and Blinken had called his Thai counterpart to express his deep regret.

“He explained that in order to mitigate the risk of the spread of COVID-19 and to prioritize the health and safety of the U.S. traveling party and those they would otherwise come into contact with, the secretary would be returning to Washington, D.C., out of an abundance of caution,” Price said in a statement.

The halt to the trip will be a setback for the United States, which had sought to shore up ties with a region that had become uncertain about U.S. commitment after a period of perceived neglect under former President Donald Trump.

China’s influence has expanded in Southeast Asia in recent years, with Beijing pressing deeper trade and integration and major infrastructure projects, despite tensions with several countries in the South China Sea.

In an address to a university in Indonesia on Tuesday, Blinken laid out a U.S. strategy for the Indo-Pacific that sought to boost investment and economic ties and offer infrastructure commitments and closer ties in defense and diplomacy, as well as a strengthening of treaty alliances and partnerships.

The individual who tested positive was self-isolating and had tested negative in Jakarta a day earlier, Price said. Blinken and senior staff have also been tested on all stops of his international tour.

A spokesperson for Malaysia’s Foreign Ministry earlier said it was informed of the COVID-19 case by the U.S. Embassy early on Wednesday and the individual had been immediately quarantined.

“The person was not involved and has not participated in any of Secretary Blinken‘s programs in Kuala Lumpur,” the spokesperson said.