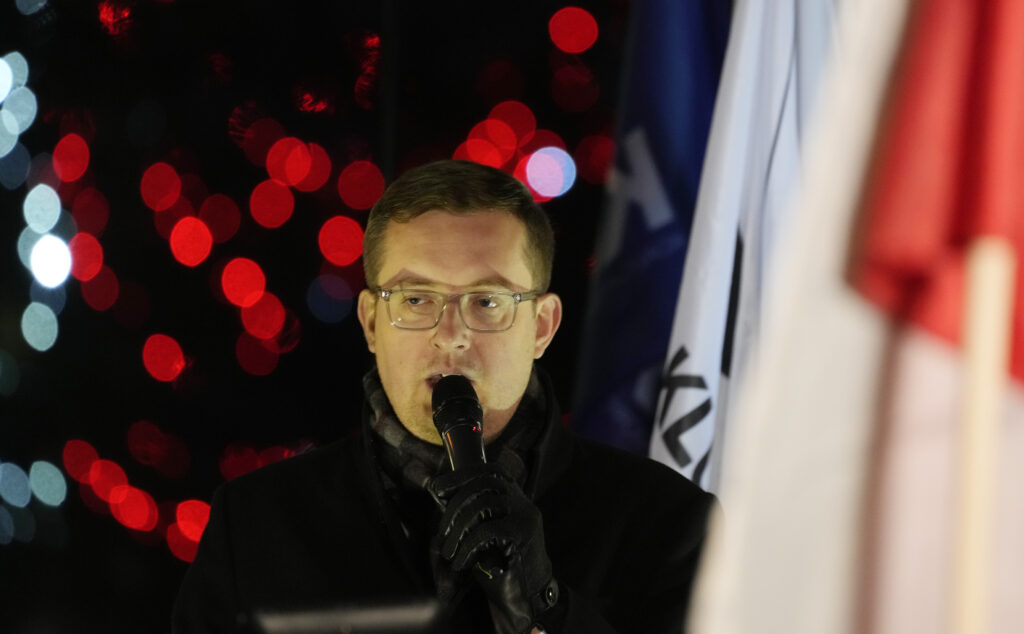 The Auschwitz Museum and Poland’s Prime Minister on Wednesday condemned anti-COVID vaccination protesters as “shameful” and “mindless” for displaying a banner that mimicked the infamous sign at the gates of the Nazi concentration camp.

It appeared at a demonstration in Warsaw on Tuesday organized by deputies of the far-right Confederation party against what it says is Poland’s program of forced vaccinations.

The Auschwitz-Birkenau complex of camps were set up on Polish soil by Nazi Germany during World War II. More than 1.1 million people, mostly Jews, Hy”d, were killed there in Birkenau’s gas chambers.

“The appropriation of the symbol of the suffering of the victims Auschwitz… is a scandalous manifestation of moral corruption,” the museum, which was established to preserve the camp, said on social media. “It is particularly shameful when Polish lawmakers do it.”

Prime Minister Mateusz Morawiecki said in an online post that the banner painted “a dramatic and dark picture of how low some politicians and protesters can fall in mindless, anti-vaccine rhetoric.”

Poland has tightened its COVID-19 curbs in the face of persistently high daily cases and deaths, lowering the number of unvaccinated people who can be in public spaces like restaurants as well as announcing plans for compulsory vaccination of doctors, teachers and security service personnel.

Confederation lawmaker Robert Winnicki said on social media that the banner had appeared before the start of the demonstration and that the people carrying it had been asked to take it away, but that it was an expression of “social indignation.”

Poland’s daily death toll from COVID-19 during the fourth wave of the pandemic climbed to a record 669 on Wednesday.