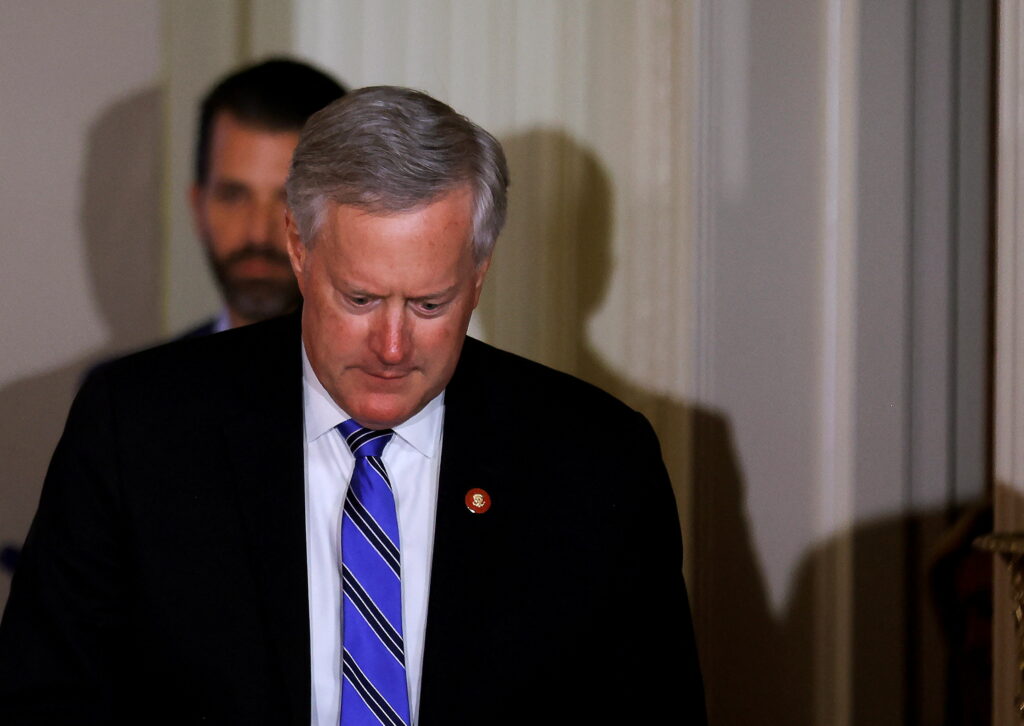 The U.S. House of Representatives is set to vote on Tuesday on whether to seek criminal contempt of Congress charges against Mark Meadows, Donald Trump’s chief of staff, for refusing to cooperate with a congressional probe of the deadly Jan. 6 Capitol attack.

The seven Democrats and two Republicans on the Select Committee investigating the attack voted unanimously on Monday evening to recommend that the full House approve its report making the case for a contempt of Congress charge against Meadows, who served in the House before joining the Republican Trump’s administration.

Republican Representative Liz Cheney, the panel’s vice chair, read out panicked texts from Republicans and others pleading with Meadows on Jan. 6 to urge Trump to appear publicly and call off his followers. The texts surfaced during the Select Committee’s investigation.

“He’s got to condemn this .. ASAP. We need an Oval Office address,” Trump’s son Donald Jr. said in one text.

“The American people deserve to know all of the steps that Donald Trump and those around him and that his campaign were taking in an effort to change the results of the election,” Cheney said.

The House Rules Committee advanced the contempt resolution by 8-4 on Tuesday, voting along party lines with Republicans voting no. That paved the way for its consideration by the full Democratic-led House later in the day. If the House approves the resolution, as expected, it would send the matter for the Department of Justice to decide whether to pursue charges.

The charge carries up to a year in prison.

Republican Representative Tom Cole, the Rules panel’s top Republican, argued that it was too early for a contempt recommendation, given lawsuits filed by Trump and Meadows himself arguing that Trump’s communications should be protected by executive privilege and that committee subpoenas are too broad.

Rules Committee Chairman, Democrat Jim McGovern, said, “Everybody’s life was endangered on the Capitol campus” in the worst assault on the seat of the U.S. government since the War of 1812.

Meadows‘ attorney, George Terwilliger, said in a statement on Tuesday that his client had not stopped cooperating.

“He has maintained consistently that as a former chief of staff he cannot be compelled to appear for questioning and that he as a witness is not licensed to waive executive privilege claimed by the former president,” Terwilliger said.

A federal appeals court last week rejected Trump’s request to withhold documents because of executive privilege, noting that Biden, as president, has already authorized their release.

“Both branches agree that there is a unique legislative need for these documents and that they are directly relevant to the Committee’s inquiry into an attack on the legislative branch and its constitutional role in the peaceful transfer of power,” the court said.

Cheney said at the Rules Committee meeting that Trump had wanted to appoint Clark as U.S. Attorney General.