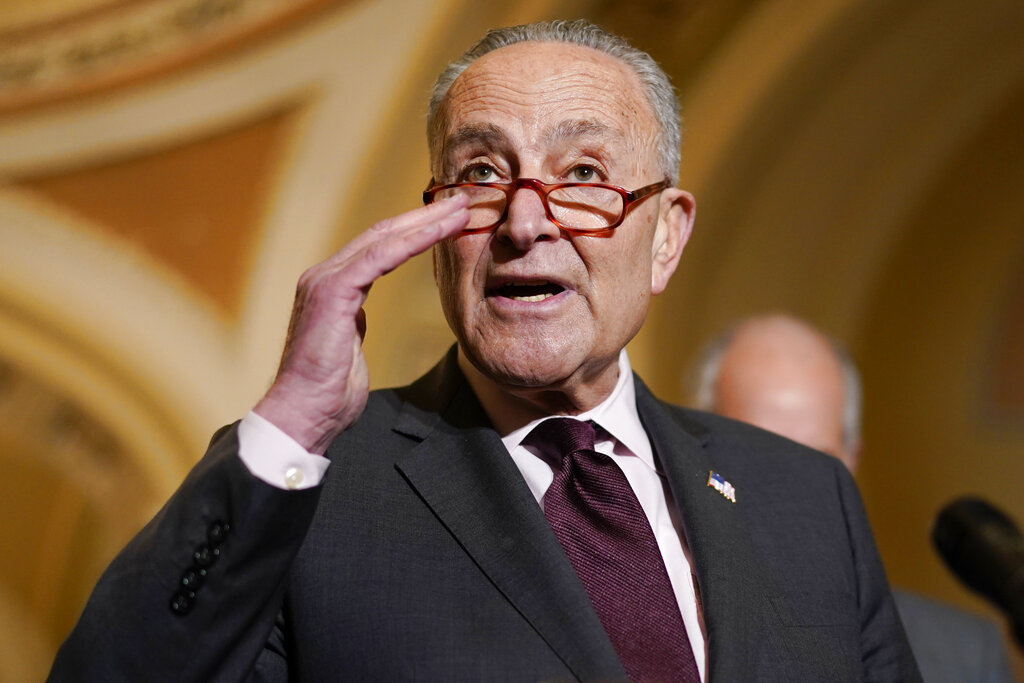 The Senate approved legislation Tuesday to lift the nation’s debt limit by $2.5 trillion under a deal struck between party leaders, defusing a volatile issue until after next year’s midterm elections while saddling majority Democrats with a tough vote.

The 50-49 party line vote came just one day shy of a deadline set by Treasury Secretary Janet Yellen, who warned last month that she was running out of maneuvering room to avoid the nation’s first-ever default. The measure now moves to the House where a vote could come as early as Tuesday night, sending it to President Joe Biden’s desk.

“This is about paying debt accumulated by both parties, so I’m pleased Republicans and Democrats came together,” Senate Majority Leader Chuck Schumer, D-N.Y., said of the agreement, which created a workaround that allowed Democrats to avoid a Republican filibuster.

Despite a seemingly straightforward name, the nation’s debt limit does little to curtail future debt. Established in 1917, it instead serves as a brake on spending decisions already approved by Congress and the White House — some decades ago — that if left unpaid could cripple markets, send the economy into a tailspin and shake global confidence in the U.S.

In striking a deal, McConnell got much of what he wanted: Democrats taking a politically difficult vote without Republican support, while increasing the limit by a staggering dollar figure that is sure to appear in future attack ads.

“If they jam through another taxing and spending spree this massive debt increase will just be the beginning,” the Kentucky Republican said Tuesday.

Under the agreement, an amendment was made to an unrelated Medicare bill that passed last week with Republican votes. It created a one-time, fast-track process for raising the debt limit that allowed Democrats to do so with a simple majority, bypassing the 60 vote threshold to avoid a GOP filibuster.

The nation’s current debt load of $28.9 trillion has been racking up for decades. Major drivers include popular spending programs, like Social Security and Medicare, interest on the debt and recent COVID-19 relief packages. But taxation is also a major factor, and a series of tax cuts enacted by Republican presidents in recent decades has added to it, too.