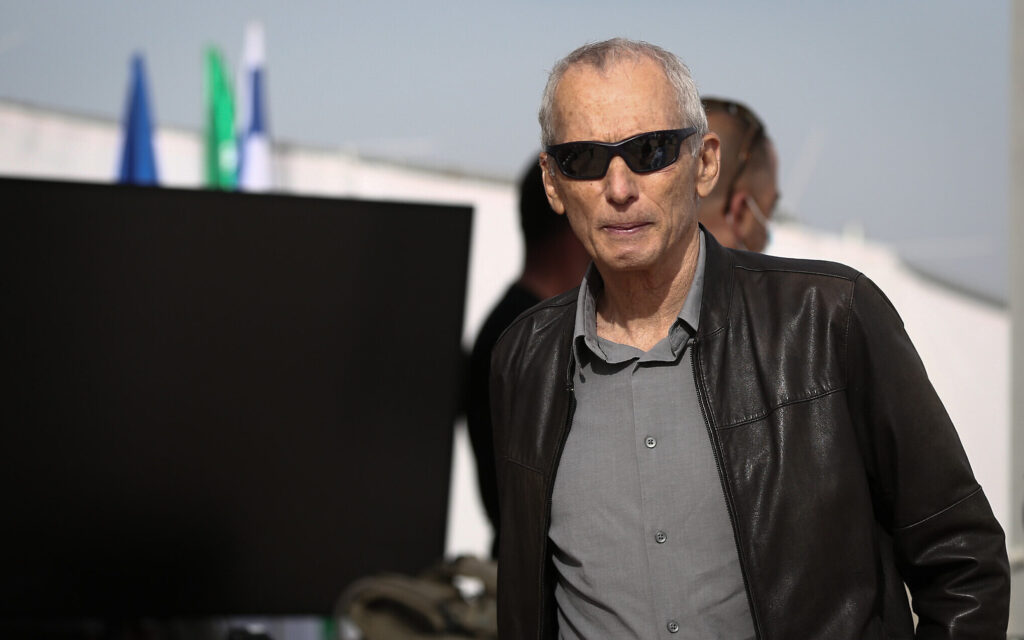 Barlev posted, “I told her that granting more work permits for Palestinians living in Israel, both from Judea and Samaria and Gaza, is vital to reducing tensions, as well as creating a joint industrial zone on the outskirts of Gaza, and more. American assistance can be invaluable in this regard.”

Barlev said that the senior U.S. official was “interested, among other things, in the settler violence and how to reduce tensions in the region and strengthen the Palestinian Authority.”

Chairman of the Binyamin Regional Council, Yisrael Gantz, called on Prime Minister Naftali Bennett to respond to the use of the words “settler violence,” of the Minister. “It is amazing that the Minister of Public Security chooses to use falsehoods in an attempt to attack residents of Judea and Samaria in the face of dozens of Arab terrorist incidents every day. I demand that Prime Minister Bennett publicly condemn Barlev’s remarks. There is a limit.”

“My apologies for being blunt, but you are simply contemptible. Hundreds of thousands of heroic residents of Judea and Samaria endure daily terrorist attacks and have paid a heavy price, and you shed their blood and participate in a false antisemitic campaign that defames them to appear enlightened and to please a bunch of hypocrites. Shame on you, little man. And thank you to Ayelet Shaked, who is responsible for you being Minister.”

“I would have assumed that he was the Public Security Minister for Mahmoud Abbas and the PA if I hadn’t known him,” responded MK Kathrin Shitrit (Likud).

Interior Minister Ayelet Shaked distanced herself from Minister Barlev’s remarks and told him, “You are confused, the settlers are the salt of the earth, the successors of the pioneers from the valley and the mountain. The violence over which we must be shocked is the dozens of incidents of rock-throwing and firing on Jews that happen every day – only because they are Jews, and all this with the encouragement and support of the PA. I recommend that you talk about this violence with Ms. Nuland.”

The Yesha Council responded, “Minister Barlev, are you a minister of the Palestinian Authority or of the Israeli government?”? Rocks thrown by violent Arabs injured five Israelis tonight. Two weeks ago, an Arab teacher murdered a Jew. You abandoned the security of your citizens through antisemitic plots tonight, Minister Barlev. Also, did you mention the dozens of rocks, the firebombs, and the daily terrorist attacks against civilians, soldiers, and policemen whose safety you are responsible for? A sincere apology and the Prime Minister’s renunciation of this absurdity are demanded.”

Barlev responded Tuesday by saying his critics were incapable of “looking in the mirror,” and that settler violence had become a topic on the international stage, with foreign governments taking an interest in it.

“I recommend that those who have difficulty [understanding this] drink a glass of water,” he said.