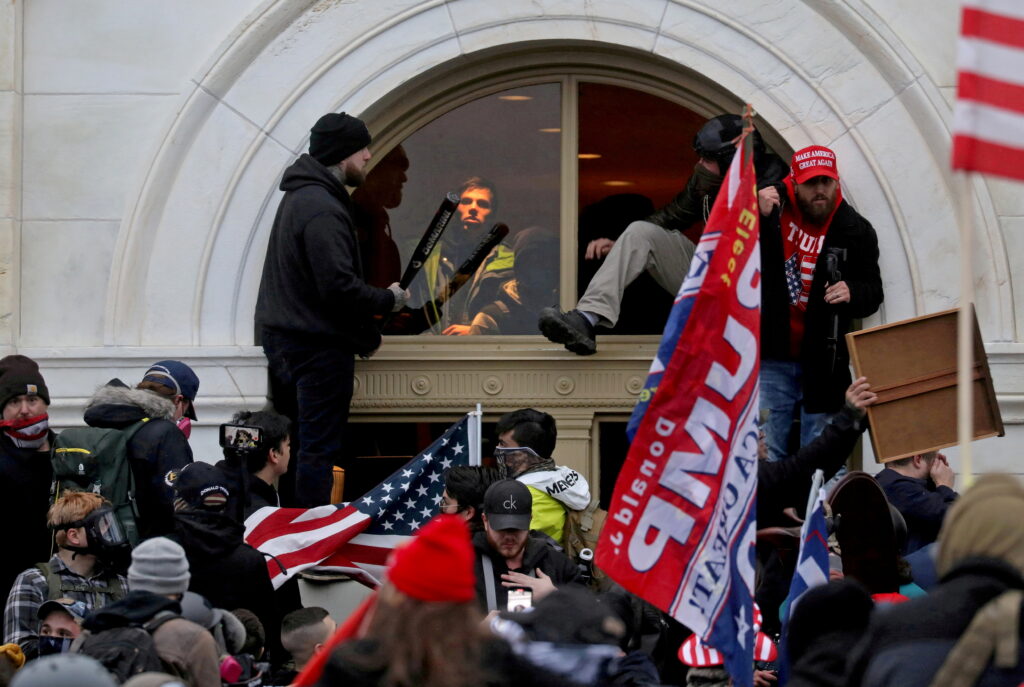 The District of Columbia sued the Proud Boys and the Oath Keepers right-wing groups for allegedly conspiring to terrorize the U.S. Capitol on Jan. 6, when a mob of former President Donald Trump’s supporters tried to stop the certification of Joe Biden’s election victory.

“Would-be insurgents” and their leaders “worked together to plot, publicize, recruit for, and finance their planned attack,” D.C. Attorney General Karl Racine, a Democrat, said in a complaint filed Tuesday.

The attack “was not a protest or a rally,” Racine said. “It was a coordinated act of domestic terrorism.”

The District of Columbia is seeking financial damages against the right-wing groups and their leaders, alleging their actions left the Capitol “in shambles” on a day that should have seen a peaceful transition of power.

Trump drew bipartisan criticism when he told the Proud Boys to “stand back and stand by” during a presidential debate with Biden rather than unambiguously condemn the militant group. Trump, who is weighing a 2024 run for the White House, continues to claim the election was rigged.

About 700 people have been charged in connection with the assault on the Capitol, including members of the two groups.

During a news conference Tuesday in front of the Capitol, Racine said he hopes the lawsuit will help uncover where the groups got their funding for the alleged conspiracy.

Rep. Eleanor Holmes Norton, who represents the city in Congress, said it was hit financially on Jan. 6 because Trump “refused to send in the D.C. National Guard” to bolster security. “The Metropolitan Police Department voluntarily responded, protecting the Capitol, Congress and democracy itself,” she said. Trump delayed “despite the ongoing attack,” she said.

Jonathan Greenblatt, chief executive officer of the Anti-Defamation League, which joined D.C. in its lawsuit, said at the news conference that the Jan. 6 assault was “the most predictable terror attack in the history of our country.”

Joanna Lydgate, who heads up the States United Democracy Center, a bipartisan group that aims to advance fair voting, described the lawsuit as crucial at a time of increasing political violence.

“The attack on democracy is far from over,” Lydgate said. “We’re a nation of laws and there are serious consequences — legal and financial — for trying to hijack an election.”