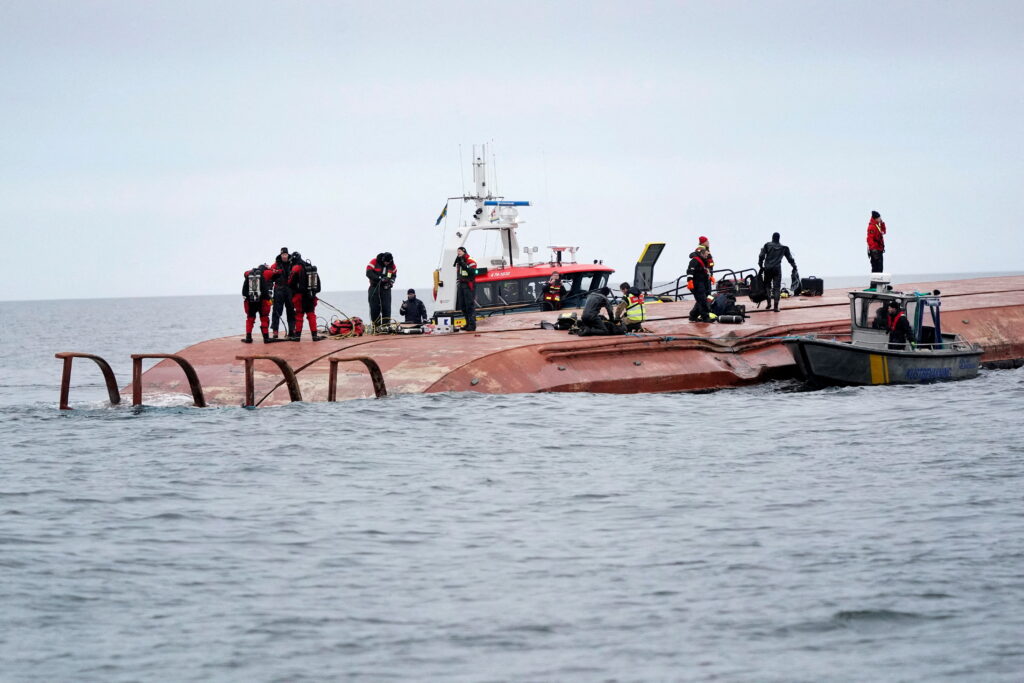 Swedish media reported Tuesday that a British freighter didn’t notice it had rammed a Danish freighter off southern Sweden, causing the smaller vessel to capsize and leaving one person dead and another missing.

The Scot Carrier only stopped when it was ordered back by authorities, media said.

Two people have been detained as suspects. The British shipping company said the crew aboard the Scot Carrier were tested for drugs and alcohol after the collision and “two crew members exceeded the limit.” It was not clear whether they were the same crew members who were detained.

The predawn collision with the Danish-flagged Karin Hoej happened Monday in foggy weather. The Danish ship capsized fully and was left floating upside down.

Local rescue service operations manager Johan Nilsson told the daily Aftonbladet that “there are marks showing that the larger boat ran into the smaller one, which rolled over … capsized immediately.”

Scotline Marine Holdings Ltd., the owner and manager of the 2018-built Scot Carrier said in a statement that it has “a strict drug and alcohol policy in place and … a zero tolerance for any breaches that occur.”

Swedish prosecutors on Monday opened a preliminary investigation on potential charges of gross negligence in maritime traffic and “gross sea drunkenness.” A British citizen born in 1991 and a Croatian born in 1965 were detained as suspects in the case. Their names were not released.

The capsized vessel was towed closer to land so divers from the Swedish Armed Forces and the Coast Guard, among others, could search it.