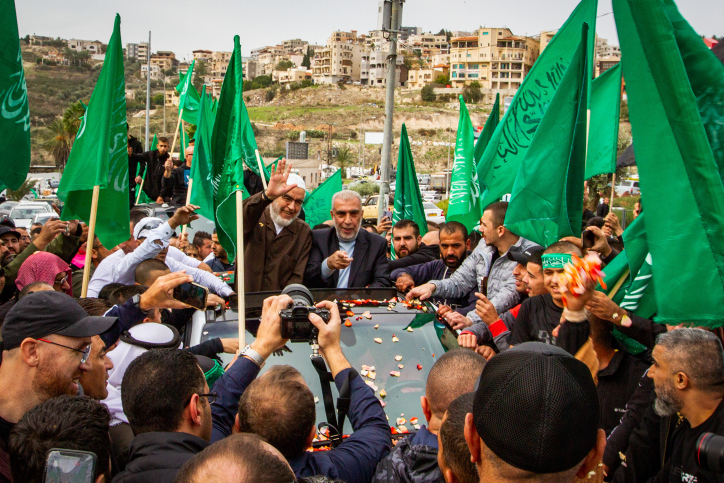 Sheikh Raed Salah, who was imprisoned last year for inciting terrorism, was released from prison on Monday after completing his sentence.

Salah has long been one of Israel’s most prominent Islamists. Salah led the Islamic Movement’s radical Northern Branch until it was banned by the government in 2015 for its alleged terror ties.

Residents of Umm al-Fahm gathered at the entrance of the city carrying flags of the Islamic Movement in Israel.

Salah was convicted of inciting terrorism in 2019 after praising, expressing sympathy with and encouraging terrorism on multiple occasions, including in connection to a shooting attack in which two Border Police officers were killed near Har HaBayis.

According to the verdict against him, Salah gave a sermon in the midst of the crisis in which he praised the “martyrs of Al-Aqsa.”

Salah claimed that the charges against him were “far from the truth.”

Hamas welcomed Salah’s release on Monday, calling him “a symbol of struggle and sacrifice in our Palestinian people.”