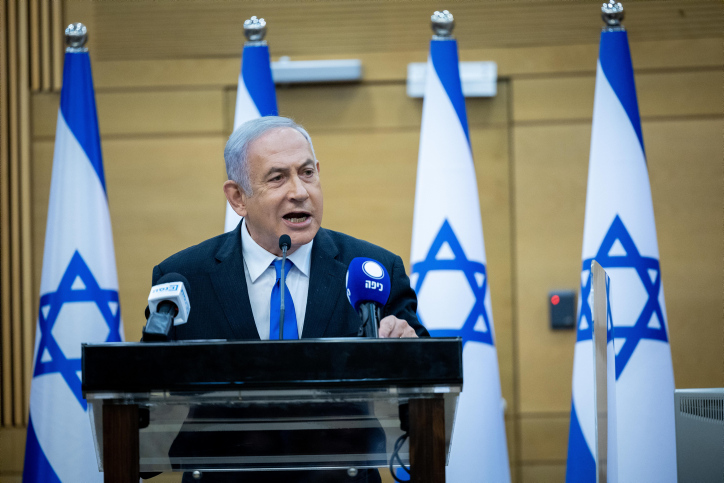 While opposition leader Binyamin Netanyahu was attacking the Bennett-Lapid government for reportedly consulting with Washington before military actions on Iran, Channel 13 reported on Monday night that Netanyahu himself refused an IDF request for funds to prepare for striking Iran in 2019.

Netanyahu reportedly turned down IDF Chief of Staff Kohavi’s budget request due to the lack of a state budget, as his government failed to pass one.

The request and refusal occurred several times during the period 2019 to 2021.

The two defense ministers during those years, Naftali Bennett and Benny Gantz, attempted to persuade Netanyahu to fund the military for the potential Iran strike, but were unsuccessful, according to the report.

In response, Netanyahu said that “huge sums were invested in advancing capabilities to thwart the Iranian nuclear program up to and including 2019.”

Meanwhile, the Opposition Leader lashed the government after a report said Israel consulted with the United States before carrying out attacks on an Iranian nuclear facility and a missile base.

“I saw the report in the New York Times that Israel is updating the United States regarding its operations and plans vis-a-vis Iran. If this is true, this is a grave mistake,” Netanyahu said during a Knesset faction meeting of his Likud party.

The Times said that Israeli officials spoke with the Washington prior to an attack in June on a uranium enrichment facility in Karaj, and again in September before allegedly striking a secret missile base belonging to the Islamic Revolutionary Guard Corps.

“It’s no secret that the current government opposes an attack on Iran,” Netanyahu claimed during the Likud faction meeting on Monday, despite aggressive rhetoric.

“Therefore the pledge by Bennett and Lapid to update the U.S. administration in advance and its policy of ‘no surprises’ is in effect an invitation to thwart any significant operation that can stop the nuclear program.”