Israel Liberman: “My Wording Could Have Been More Successful”
Israel 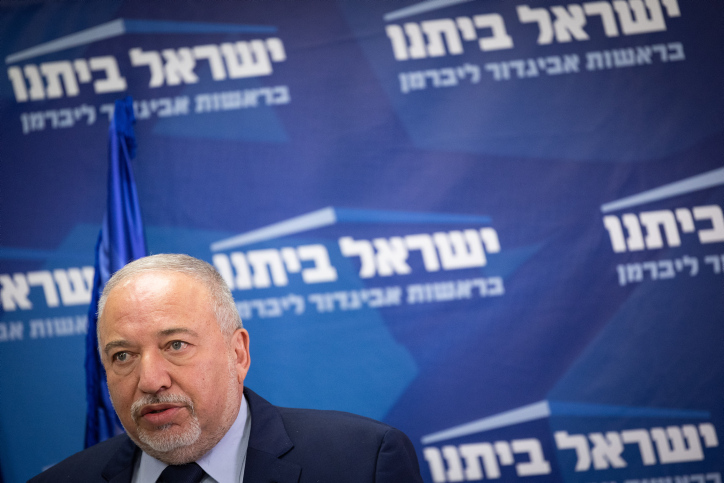 Finance Minister Avigdor Liberman is reportedly seeking to make amends for an insensitive remark that enraged many people working in the tourism industry.

Liberman conceded that his statement during Sunday’s cabinet meeting that tour guides and travel agents should “find other work” as travel restrictions disrupt their livelihood was out of place.

“My wording could have been more successful, but the numbers are undeniable,” he told his Yisrael Beytenu faction on Monday, and cited the drop in tourism in Israel since before the coronavirus, from 4.5 million tourists to only 370,000. Now with the Omicron variant at large, expectations are for more restrictions.

But he also said that he is working with his ministry on putting together a compensation package for workers in the tourism industry that have been hit hard by pandemic regulations.

Members of the tourism industry gathered at Ben-Gurion Airport on Monday, to rally against the government’s decisions to extend mandatory quarantine for returning travelers and updating the list of countries that are “red” on a daily basis, which will generate further uncertainties that will mitigate against travel and tourism.

“We are essentially being forced not to work. That’s the situation,” Bradley Lennox, CEO and owner of Dekel Israel Tours, told The Times of Israel.

“Instead of trying to figure out a solution, it’s easier for them to say ‘no’; and when they say ‘no’ they’re not allowing an entire industry to work.”

He criticized the unpredictability of the government’s policy, which makes it hard for the industry to plan.

“Any tour guide that relies on incoming tourists for their sole source of income is at the end of their rope,” said tour guide Mike Wiesner. “It’s really very simple: no tourists, no income. It’s frustrating that we tour guides need to demonstrate and march against the government who simply won’t give us the opportunity to earn a living.”

“Our government is in [a] panic because of this new variant and I’m afraid their thoughtless decisions will have a long-term negative impact on an important part not only of Israel’s economy but of its international stature as well. One former client told me, ‘Mike, on our tour you hailed Israel as the Start-Up Nation but now it seems Israel is the closed-down nation.’”