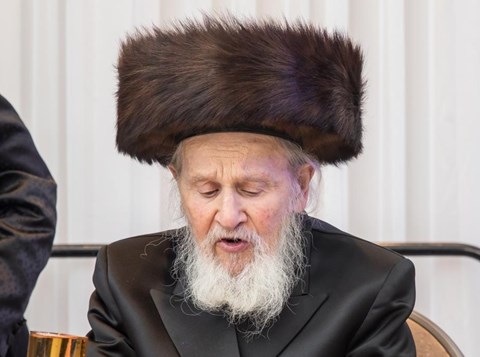 Rabbi Yehuda Aryeh (Yidel) Spira, z”l, who served as the gabbai of the Belzer shtiebel on 16th Avenue in Boro Park for some 50 years, passed away overnight Sunday, at the age of 97.

The niftar was born in the town of Wertezki in Czechoslovakia, on 27 Cheshvan 5685/1924. In his youth he came to Eretz Yisrael and held a close connection with his Rebbe, Harav Aharon of Belz, zy”a.

Upon arriving in the United States in 1958, he immediately began to daven in the first shtiebel set up by the Belzer Chassidim in Boro Park, on 16th Avenue, where he was appointed as the gabbai and served in that post for many years.

Every year for Succos, the niftar would travel to Eretz Yisrael . About three years ago he traveled to Montreal, Canada, during the visit of the Belzer Rebbe, shlita, to his Chassidim in Canada.

His levayah took place Monday morning at 10:00 a.m., and his aron was flown to Eretz Yisrael for kevurah on Har HaMenuchos in Yerushalayim.