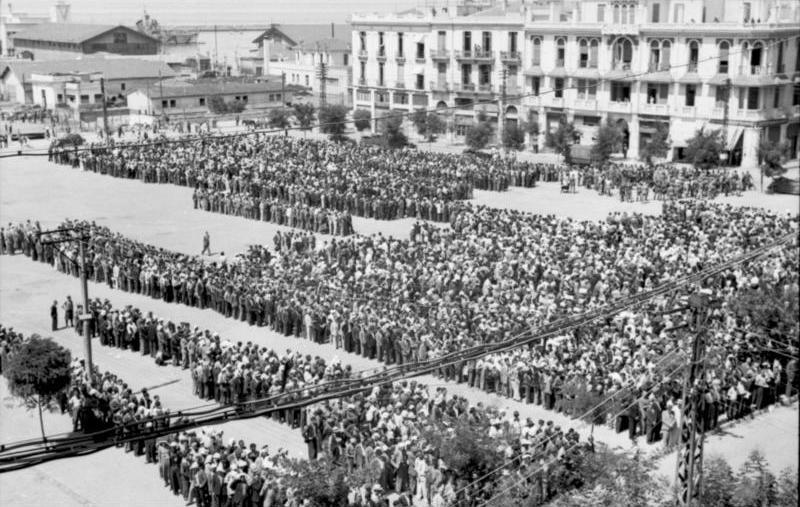 Russia will give back to Greece pre-World War II archives of Greek Jewish communities that were stolen by Nazi forces during the Holocaust.

“Our history returns home!” the Central Board of Jewish Communities in Greece (KISE) said in a statement after the news was announced by Russian President Vladimir Putin during a joint press briefing with Greek President Kyriakos Mitsotakis in Sochi on Wednesday.

The majority of the looted archives were taken by Nazis in July 1942 from Thessaloniki, which once had a thriving Jewish community. Nazi forces plundered archives, books and religious artifacts from 30 shuls, libraries and communal institutions in the city. The Russian army seized possession of the archives when it conquered Berlin in May 1945 and transferred the materials to Moscow, where they were held until now.

“For Greek Jewry, these archives bring light to its historic course – sacred heirlooms of the light of life, and the darkness of the looting and the Holocaust,” said KISE. “Their restitution would mean justice and would transmit knowledge about a part of the Greek people that contributed to the progress of the country and no longer exists – that of the 60,000 Greek Jews who were deported to and exterminated in the Nazi death camps.”

Ambassador of Israel to Greece Yossi Amrani said, “President Putin’s decision will help educate future generations, in Greece and beyond, on the rich Jewish life in Greece, the immense contribution of the Thessaloniki Jewish community and the disaster of the Holocaust.”

The ambassador added that “the return of the archives – and the commitment and determination of Prime Minister Mitsotakis and his government to build a Holocaust museum in Thessaloniki – represent the victory of the spirit and humanity over the barbarity and atrocities of that terrible period in our life and history.”