Politics Taking It With Them: Congressmembers Leaving With Money in the Bank
Politics 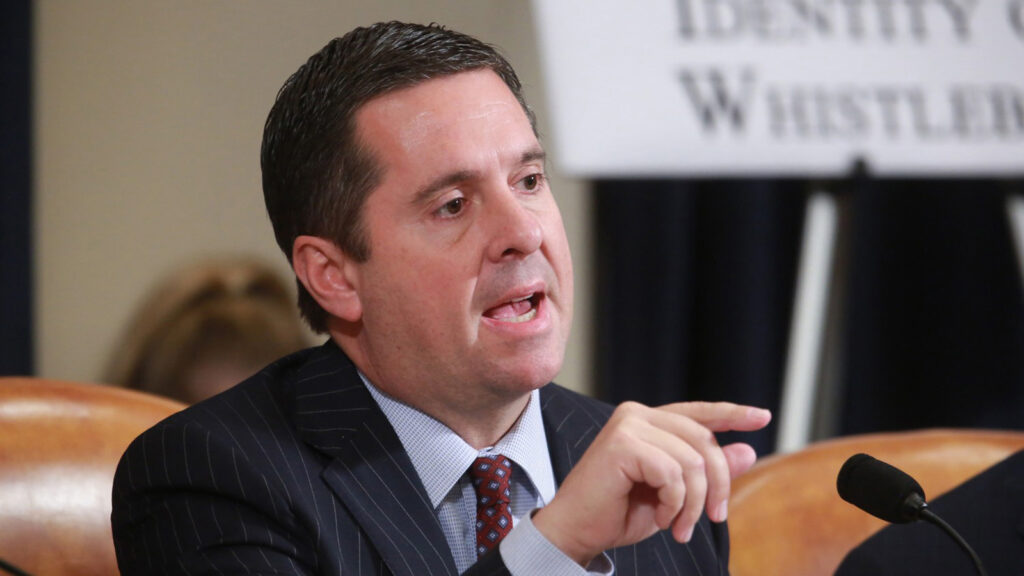 Rep. Devin Nunes holds an enviable political war chest of more than $12 million heading into next year’s elections. Even after announcing Monday he would soon abandon his seat, the California Republican is under no obligation to purge the money or to return it to his donors.

The phrase “you can’t take it with you” doesn’t apply to departing members of Congress.

More than 20 sitting lawmakers who have said they’re leaving after the 117th Congress — or in Nunes’ case, in the middle of it — will hit the exits with nearly $53 million in combined leftover political cash, including in their campaign accounts and separate leadership PACs. A few more have already left. Nunes said he will resign later this month to join a new media enterprise founded by former President Donald Trump.

Additional congressional retirements are expected over the coming weeks, leaving even more political cash in limbo.

Some departing members give refunds. Most often, they donate the money to political committees and charities, or they hang on to the funds to dole out after they’ve left office. Some may keep their political money around in case they make another run for office in the future.

“There are a lot of different things that the retiring members can use the funds for,” said Michael Toner, a former chairman of the Federal Election Commission who heads the election law and government ethics practice at law firm Wiley. “There’s no deadline by which federal officeholders have to close up their campaign accounts or leadership PAC accounts.”

Retiring lawmakers who keep their campaign committees active continue to face disclosure requirements, and there are limits on how much they can donate to candidates or other PACs. They may give an unlimited amount, however, from their reelection accounts to party committees.

“One of the first calls they’ll get when they say they’re retiring is from party committee officials, given that reality,” Toner said.

There was a time, before the Watergate-era overhauls and a late-1980s repeal of a provision that grandfathered some members’ accounts, that departing lawmakers could use leftover campaign funds almost as a supplemental pension.

Today, officials face a prohibition on using that money for personal expenses. Any earnings generated by the accounts are subject to taxes. But former members, including those who take gigs in the private sector, such as the K Street lobbying corridor, may continue to donate money to their onetime colleagues after leaving office.

That means former lawmakers who work for lobbying firms can contribute cash to erstwhile colleagues even as different laws impose bans for a period of time on directly lobbying them.

“If you’re able to write checks for your former colleagues, that’s going to allow you to continue to stay relevant and to engage and participate in the fundraising process,” said executive recruiter Julian Ha, who leads Heidrick & Struggles’ global government and policy and association practices.

Former Florida Democratic Rep. Ron Klein, who is now a partner with Holland & Knight, said he wound down his campaign account after losing in 2010, donating the money to party committees and charities. He considered running again but determined that after serving in Congress and state government for nearly two decades, he’d move on.

“For my own personal story, I was in office for 18 years, and it was a wonderful privilege to do so. I decided that was it,” Klein said. Other former members, he added, hang on to the money and “use it to stay engaged in the political process, whether they want to run again or not.”

Alabama Sen. Richard C. Shelby, the top Republican on the Appropriations panel, held more than $16 million in political funds at the end of September, the most of any departing member. According to The Washington Post, he may be planning to invest $5 million of his political money in a super PAC to support Katie Britt, his former chief of staff, who faces competitive a GOP primary in the race to succeed him. Britt’s opponents include Rep. Mo Brooks, who has Trump’s endorsement.

A spokesperson for Shelby said that the senator’s support for Britt was “well known” and that he’d use his campaign funds to “support like-minded conservatives.”

Of the other five senators who’ve said they’re retiring, four also have remaining leadership PAC funds. Vermont Democrat Patrick J. Leahy, who decided last month against a ninth term, held more than $53,000 in his Green Mountain PAC on Sept. 30 as well as $2.1 million in his reelection account.

Missouri Republican Roy Blunt, who is retiring after more than two decades in Congress, had more than $286,000 in his leadership PAC, Rely on Your Beliefs Fund, and about $1 million in his campaign account after refunding more than $738,000 to contributors.

Pennsylvania’s Patrick J. Toomey, another retiring GOP senator, terminated his leadership PAC, according to FEC records, but still held $1.4 million in his campaign account on Sept. 30.

Leaders of the PACs

If leftover leadership PAC funds were spent on something that appeared to be for personal use, a watchdog organization might be inclined to file a complaint, Beckel noted. His group and others, such as the Campaign Legal Center, have argued that the prohibition on personal use should apply to leadership PACs too.

Behind Nunes, the second biggest House war chest among exiting members belongs to Illinois Republican Adam Kinzinger, who found himself at odds with much of his party over Trump. Kinzinger held $4.4 million in political money, including his campaign committee and leadership PAC, at the end of September. Another retiring Republican who voted to impeach Trump, Ohio’s Anthony Gonzalez, is similarly sitting on a big pile of political cash: $1.3 million in combined reelection and leadership PAC funds.

Texas GOP Rep. Kevin Brady, who led the House Ways and Means panel during the 2017 tax overhaul and is retiring, held about $1.1 million in remaining political cash on Sept. 30.

On the Democratic side, retiring Arizona Rep. Ann Kirkpatrick has converted her reelection fund to a PAC called Moms Fed Up, according to FEC disclosures. PACs can give bigger contributions to candidates — up to $5,000 a year, compared with a limit of $2,000 per election for candidate reelection accounts.

Reps. Jackie Speier of California, Cheri Bustos of Illinois and Ron Kind of Wisconsin each had more than $1 million in leftover money on Sept. 30. Oregon Democrat Peter A. DeFazio, who chairs the House Transportation and Infrastructure Committee, isn’t running for reelection but still had about $1.4 million in political money.

Such pots of money can help smooth the transition for former lawmakers who go into lobbying.

“I’ve never seen it make a difference in the hiring of anybody, but it certainly helps continue your friendships after you leave the Hill with your former colleagues — that’s for sure,” K Street headhunter Ivan Adler said.