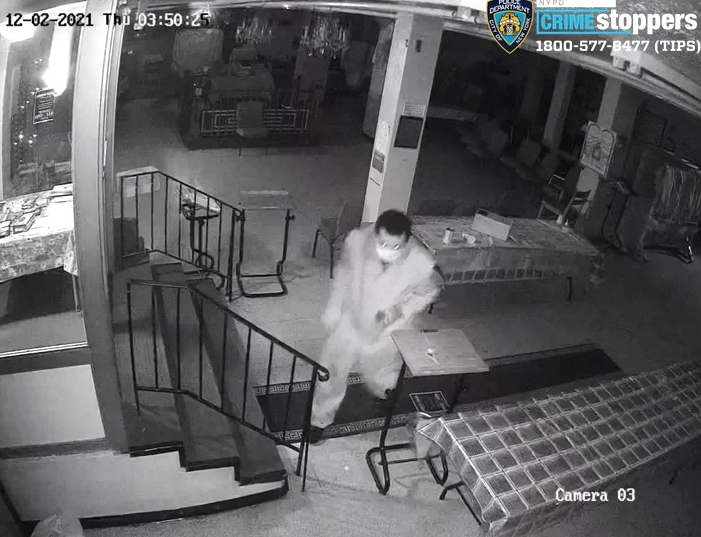 The NYPD has arrested a man suspected of robbing a Sheepshead Bay shul’s pushka multiple times, allegedly making off with hundreds of dollars each time.

A burglar broke a window and entered the Congregation Israel of Kings Bay on Nostrand Avenue on the night of Nov. 24, stealing approximately $600 from a pushka. Similar incidents occurred early on the mornings of December 2 and December 5, with a burglar stealing from the pushka $750 and $850, respectively.

No one has yet been charged for the November theft.

Duckworth lives a mile from the shul.