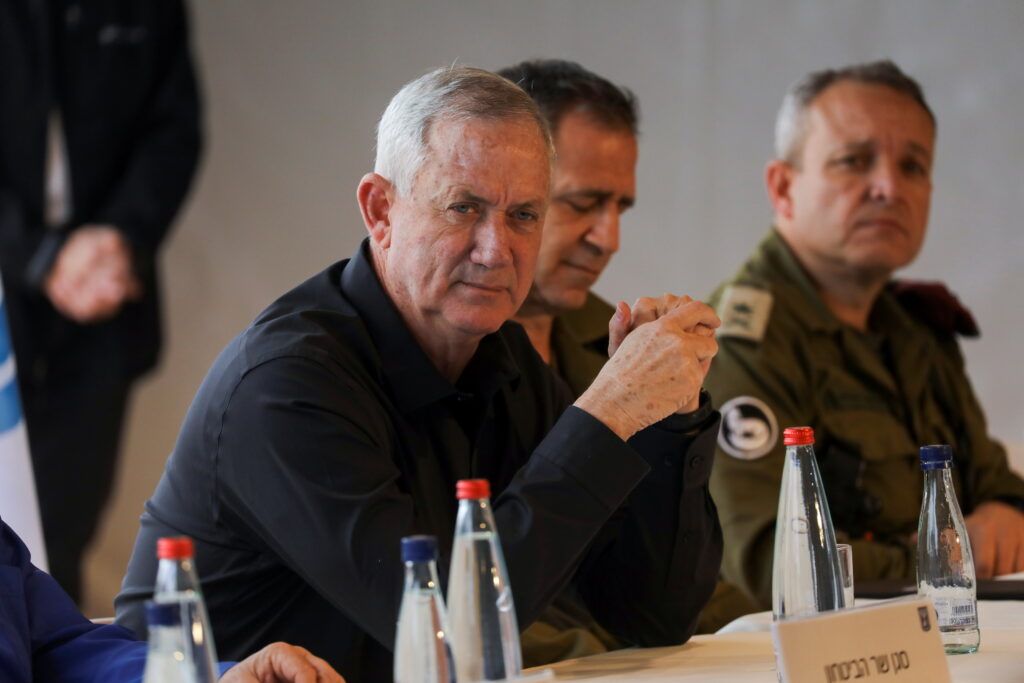 The Pentagon said on Thursday that officials will discuss shared concerns about Iran with visiting Israeli Defense Minister Benny Gantz later on Thursday, but it declined to comment on a Reuters report about discussions on possible Iran-focused military drills.

Reuters exclusively reported on Wednesday, citing a senior U.S. official, that U.S.-Israeli discussions would include possible military exercises to prepare for a worst-case scenario to destroy Iran’s nuclear facilities should diplomacy fail and if their nations’ leaders request it.

“I will tell you this: We routinely conduct exercises and training with our Israeli counterparts and I have nothing to announce to or speak to or point to or speculate about today.”

The Israeli Embassy in Washington and Iran’s mission to the United Nations did not immediately respond to requests for comment.

Gantz, in an online post as he departed for the United States, said: “We will discuss possible modes of action to ensure the cessation of [Iran’s] attempt to enter the nuclear sphere and broaden its activity in the region.” He did not elaborate.

“Biden needs to disabuse Iran of the notion that Washington will not act militarily and will stop Israel from doing so,” Ross wrote last month.

Ross even suggested the United States should perhaps signal a willingness to give the Israelis the U.S. military’s bunker-busting Massive Ordnance Penetrator, a 30,000-pound bomb.

Asked about such remarks about deterrence, the senior U.S. official said, “When President Biden says Iran will never get a nuclear weapon, I mean, he means it.”

Central Intelligence Agency Director Bill Burns said on Monday that the CIA does not believe Iran’s supreme leader has decided to take steps to weaponize a nuclear device but noted advances in its ability to enrich uranium, one pathway to the fissile material for a bomb.

Burns cautioned that, even if Iran decided to go ahead, it would still require a lot of work to weaponize that fissile material before attaching a nuclear weapon to a missile or other delivery system.

“But they’re further along in their mastery of the nuclear fuel cycle and that’s the kind of knowledge that is very difficult to sanction away or make disappear, as well,” he said.