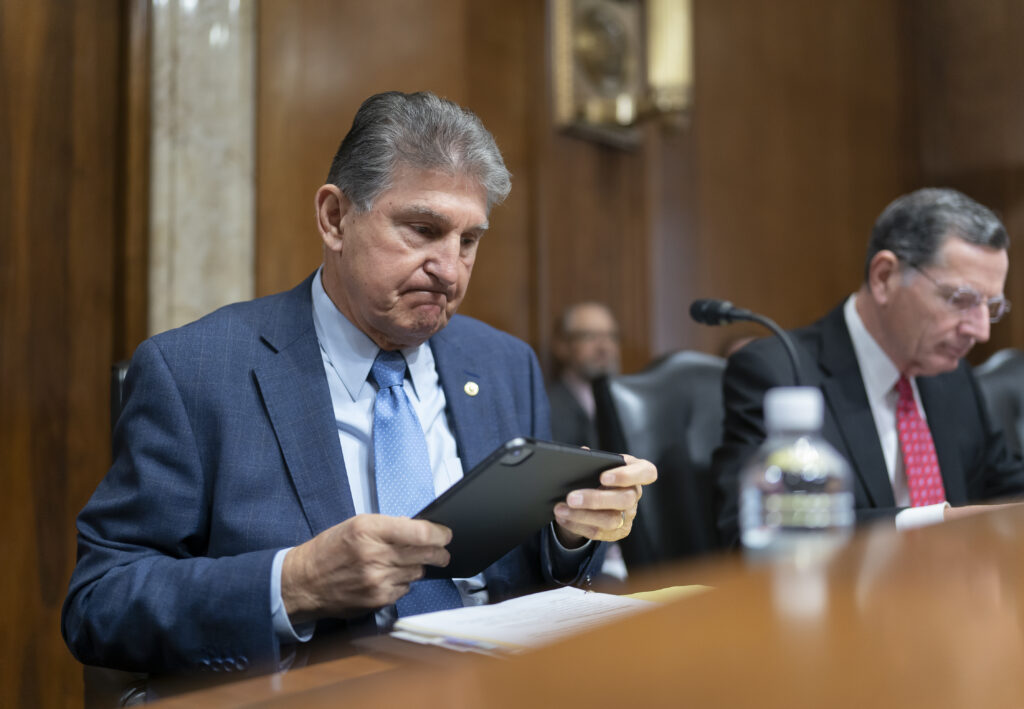 Pivotal Sen. Joe Manchin said Wednesday he’d vote to uphold the Senate parliamentarian’s decision if she rules that immigration or other provisions should fall from Democrats’ huge social and environment bill, underscoring the party’s uphill fight to keep some top priorities in the legislation.

Elizabeth MacDonough, the chamber’s nonpartisan rules referee, is expected to decide shortly whether language letting millions of migrants remain temporarily in the U.S. can stay in the 10-year, roughly $2 trillion measure.

She’s also considering the fate of other initiatives, including parts of Democrats’ plan to curb pharmaceutical prices.

MacDonough’s decisions can be ignored by whichever Democrat is presiding over the chamber during debate, but Republicans could force votes challenging that. Ultimately, Democrats would likely need all their votes to defeat such GOP moves in the 50-50 chamber, where Vice President Kamala Harris can break ties. All Republicans oppose the legislation.

The moderate Manchin, D-W.Va., has spent months forcing Democrats to reduce the size and scope of the legislation, which the House approved last month. The Senate is all but certain to make significant changes to the bill, one of President Joe Biden’s top domestic priorities.

Asked Wednesday whether he would vote to override a decision by the parliamentarian to erase the immigration provision, Manchin told reporters he would not.

The House version of the bill would let an estimated 6.5 million migrants in the U.S. since at least 2010 seek work permits letting them hold jobs and avoid deportation for a total of up to 10 years. To be approved, they would have to pass background checks and meet other requirements.

Progressive and pro-immigration lawmakers and groups have been pressuring Democratic leaders to override MacDonough if she says the immigration language must be dropped, and to go even further and insert language giving migrants an opportunity for citizenship. It’s unclear what Democrats will do.

“I’d vote for that,” No. 2 Senate Democratic leader Richard Durbin of Illinois told reporters this week about overturning the parliamentarian if she rules against immigration language. Durbin, his party’s vote counter, said such a vote would be “close.”

There could be other Democrats who’d vote to back the parliamentarian if she advised removing the immigration provisions. One is Sen. Kyrsten Sinema, D-Ariz., another moderate, who’s said she supports helping migrants become citizens but has cited “legal limitations” in what can be included in this legislation.

Manchin has supported past efforts to help migrants remain in the U.S., including proposals giving them pathways to citizenship, usually insisting that border security also be tightened.

He’s also been at the forefront of centrists who forced the bill’s price tag down from its initial $3.5 trillion cost, and the removal of Biden-sought proposals like free community college. He’s opposed House provisions requiring paid family leave and slapping fees on emissions of methane gas, which contributes to global warming.

Democrats are using special procedures that would let the legislation pass by a simple majority in the Senate, not the usual 60 votes. But that requires all of a bill’s provisions to be chiefly driven by budgetary, not policy changes.

The parliamentarian makes the initial determination of that question, an opinion that lawmakers almost always heed.

MacDonough has ruled against two previous Democratic immigration proposals in recent weeks that would have each provided around 8 million immigrants with a chance to become legal permanent residents and possibly citizenship.