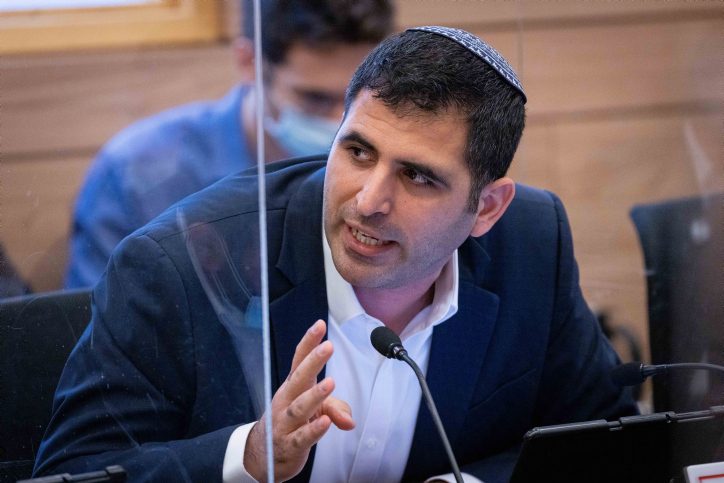 A Likud MK has demanded an investigation into Attorney General Avichai Mandelblit to determine whether remarks he made accusing former Prime Minister Binyamin Netanyahu of undermining democracy put him in violation of civil service rules barring one official from speaking out against another.

In a letter to the Civil Service Commissioner Prof. Daniel Hershkovitz, MK Shlomo Karhi (Likud) wrote: “It is forbidden for an official to blatantly speak out against an elected official. He gathered a group of journalists and attacked the chairman of the Opposition, the head of the largest party in Israel. He must not do that. Even today, he is not allowed to express himself in this way, certainly when a trial is being held at the same time,” Arutz Sheva quoted from the letter.

Karhi added: “Mandelblit also knowingly lied. He said the witnesses’ words were said willingly and we hear about what was done to the witnesses, things that were forbidden to be done in front of terrorists like using family members and other serious things he did and should be investigated.”

When Netanyahu was still prime minister, Mandelblit decided to file an indictment against him on charges of bribery and other corrupt practices. During that time, Netanyahu claimed a “witch hunt” against him and accused Mandelblit of being part of it.

In recently leaked recordings, Mandelblit claimed that “Netanyahu endangered [Israeli] democracy. The grace of heaven saved us. We found ourselves in a war of legitimacy of the Attorney General on the DNA of the Jewish people and the state of Israel. ”

Karhi told Arutz Sheva that Mandelblit is “detached from reality.”

“He talks about Netanyahu undermining democracy, in accordance with his distorted worldview, and that was his justification for railroading [Netanyahu]. Mandelblit carried out a huge attack on democracy, carried out a legal coup by improper means and ultimately resulted in the removal of a prime minister elected by a majority of the public.”