Israel Lapid Gets No Flag From Sissi
Israel 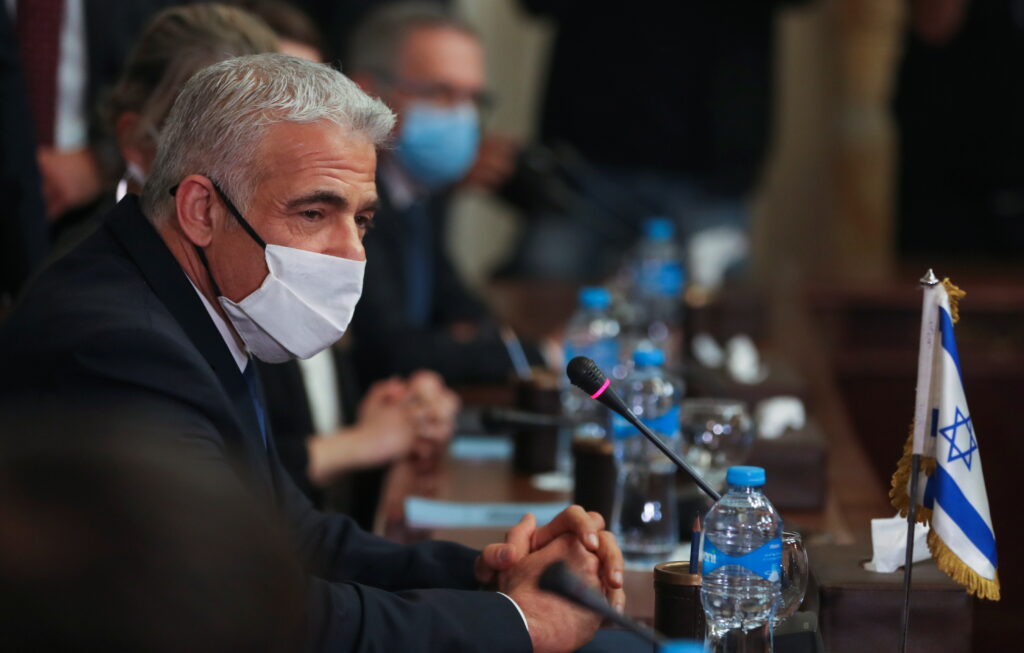 In diplomatic interactions, any divergence from established protocol is scrutinized, and so it was in Cairo when reporters noticed the absence of an Israeli flag in the room when Foreign Minister Yair Lapid met Egyptian President Abdel-Fattah el-Sissi on Thursday.

However, the Israeli Foreign Ministry told The Times of Israel that no snub was intended, and that in fact it was in line with the hosts’ protocols.

Whenever Sissi meets ministerial-level officials, as opposed to heads of state, the visitors’ flags are not displayed. So, for example, when U.S. Secretary of State Antony Blinken met Sissi in May, there was no U.S. flag, and he sat in the same seat Lapid did on Thursday.

By contrast, when PM Naftali Bennett met with Sissi in Sharm El-Sheikh in September, the Egyptians placed an Israeli flag next to the Egyptian.