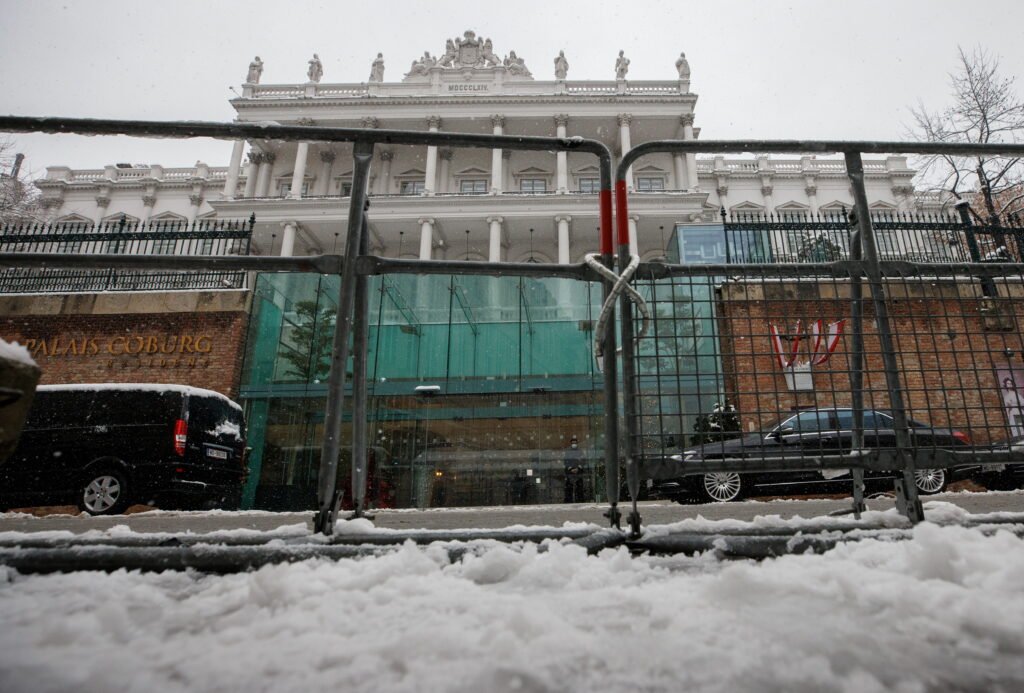 Negotiations between Iran and world powers aimed at salvaging a tattered 2015 nuclear deal resumed in Vienna on Thursday, with tensions high after Tehran made demands last week that European countries strongly criticized. The talks’ chairman said he detected “a renewed sense of purpose.”

Diplomats from Britain, France and Germany had urged Tehran to come back with “realistic proposals” after the Iranian delegation made numerous demands last week that other parties to the accord deemed unacceptable. Last week’s talks were the first in over five months, a gap caused by a new hard-line government assuming power in Tehran.

European Union diplomat Enrique Mora, who chaired Thursday’s meeting of all the deal’s remaining signatories — Iran, Britain, France, Germany, Russia and China — said afterward that he felt “a renewed sense of purpose on the need to work and to reach an agreement on bringing the (agreement) back to life.”

“Whether that will be confirmed and endorsed by negotiations on the details, we will see in the coming days,” Mora said, adding that the positive impression “has to be tested.“

He said that it is becoming “more imperative” with time to reach an agreement quickly.

The United States has participated indirectly in the ongoing talks because it withdrew from the accord in 2018 under then-President Donald Trump. President Joe Biden has signaled that he wants to rejoin the deal.

Washington plans to send a delegation led by Robert Malley, the special U.S. envoy for Iran, to Vienna over the weekend.

The accord sealed in Vienna in 2015, formally known as the Joint Comprehensive Plan of Action, was meant to rein in Iran’s nuclear program in return for loosened economic sanctions.

Following the U.S. decision to withdraw and reimpose sanctions against Iran, Tehran has ramped up its nuclear program again by enriching uranium beyond the thresholds allowed in the agreement. Iran has also restricted monitors from the U.N. atomic watchdog from accessing its nuclear facilities, raising concerns about what the country is doing out of view.

Russia’s delegate to the talks, Mikhail Ulyanov, described Thursday’s talks as “constructive” and tweeted that there were “important commonalities,” including on a need to conclude the talks quickly and successfully.

Mora said participants are approaching the task “with the realism necessary to get an agreement, because it’s difficult, because there are different positions, because some points are still extremely open.”

“We have to close them, and we don’t have all the time of the world,” he said.