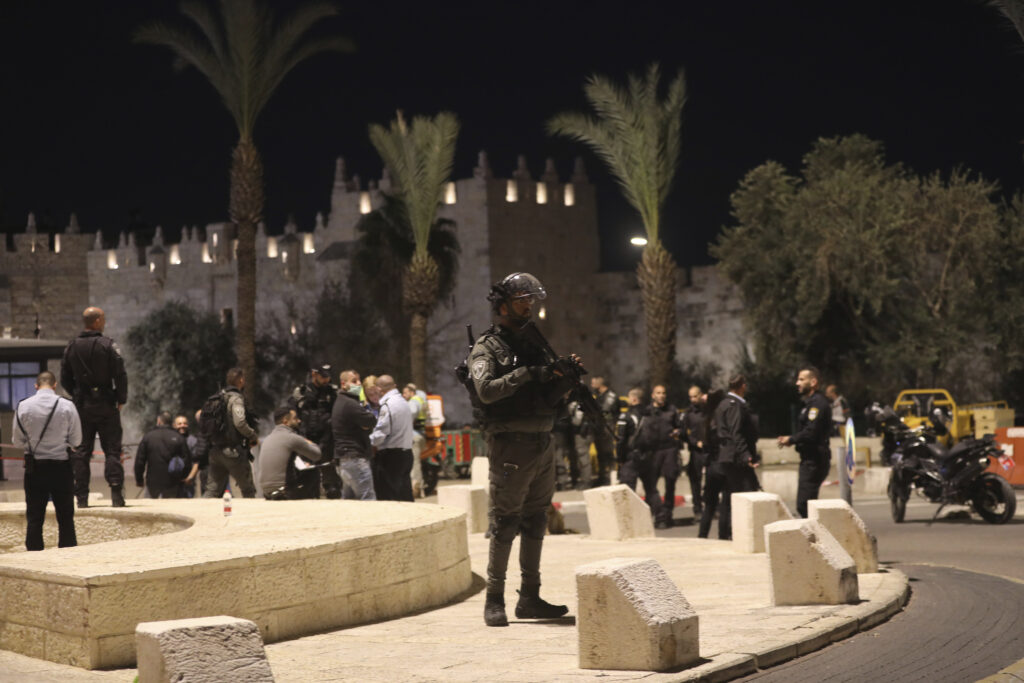 The Police’s Internal Affairs department has decided to close the case against two Border Police who shot dead an armed terrorist on Shabbos afternoon in the Old City of Yerushalayim.

The two were securing the Damascus Gate area when an Arab terrorist stabbed and wounded a chareidi man. He then attacked the officers, and they responded by shooting him. The terrorist fell to the ground. On the ground, and still armed with the knife, he moved and appeared to try and get up. The troops fired at him again.

After launching a rapid investigation and facing severe criticism, State Attorney Amit Aisman announced Thursday he has adopted the recommendation of the Internal Affairs department and decided to close the investigation against the two troops.

“After an investigation and clarification, it was found that the explanations of the Border Police troops according to which they acted in self-defense were consistent with the other findings of the investigation, including a video that documented the incident in its entirety,” the Justice Ministry stated.

“In summarizing the totality of the circumstances, it was found that it was an event that lasted only a few seconds, in circumstances in which there was a real and tangible danger to the lives of the fighters and civilians, and in view of this, including the terrorist’s determination to kill, it was found that there was a legal justification for the use of the weapons and therefore it was decided that the case against the fighters should be closed due to lack of guilt,” the statement said.

The fact that the investigation was launched immediately after the attack, and that the two were summoned to an investigation with a warning, generated an outcry from the political and professional echelons, as well as the Israeli public.

The troops are now expected to be decorated for their actions against the terrorist.