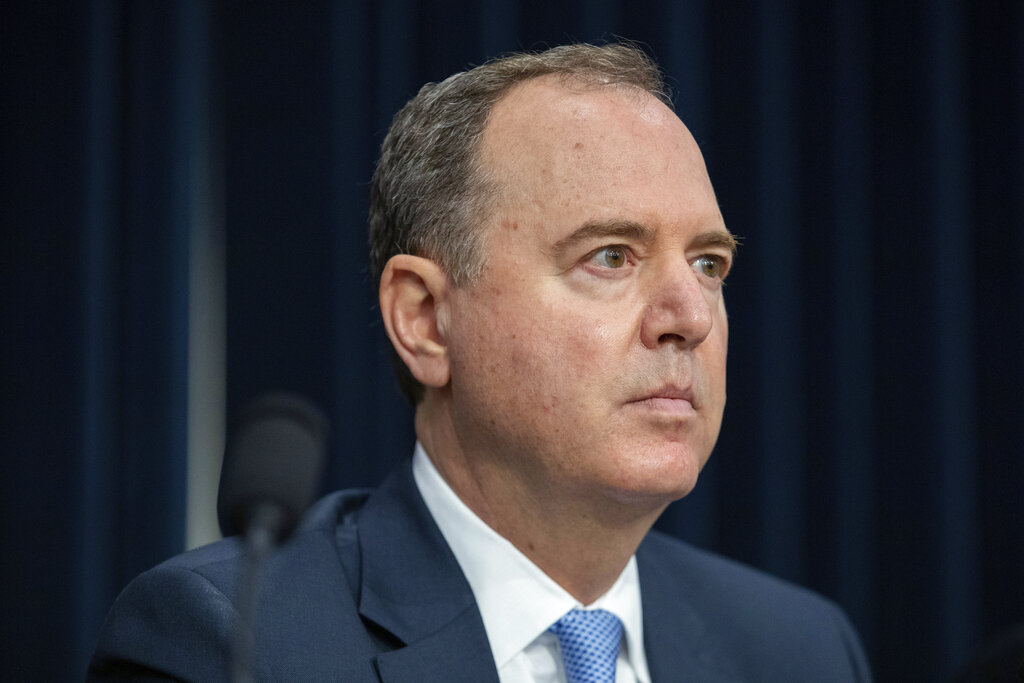 House Democrats on Thursday approved legislation that seeks to bolster congressional oversight of the executive branch and to deter presidents from abusing their pardon power.

The bill, which passed the House 220-208, is not likely to advance in the Senate because of the 60-vote threshold needed to overcome a GOP filibuster. All House Democrats and one Republican voted for the legislation.

The bill is a “comprehensive and transformative package of democracy reforms, which will create essential guardrails to uphold the rule of law and prevent any president, regardless of party, from abusing the public trust or undermining our democracy,” Pelosi said in a statement, describing Trump as “a rogue past president.”

Rep. Adam Kinzinger, R-Ill., a sharp Trump critic, was the only Republican to support he legislation. House Majority Whip Steve Scalise, R-La., said in a statement the bill was a “political power grab.” Rep. Mary Miller, R-Ill., speaking before the vote, called the proposal “nothing but a continuation of the Democrats’ obsession with Trump. He lives rent free in their heads.”

The bill would prohibit federal officers from receiving gifts from foreign nations under most circumstances, and would enhance protections for whistleblowers. It would also require the Justice Department to disclose details about pardons or commutations that benefit the president or the president’s family. Democrats said such a rule may deter presidents from abusing their pardon power.

Rep. Adam Schiff, D-Calif., who sponsored the legislation, said strengthening congressional oversight is vital for American democracy. Without this bill, he said in an interview, “we could see the executive branch become the kind of autocratic office where the measure of the presidency is above and beyond the reach of the law.”

“And that would be a really dangerous thing for this country,” said Schiff, who was the lead House manager during Trump’s 2020 impeachment trial on allegations he sought to pressure a foreign leader to provide dirt on a political rival. Trump was impeached again in January after the Capitol insurrection, becoming the only president to be twice sanctioned in such a way by the House.

Schiff and Democrats said a key component of the bill would strengthen Congress’ ability to gather testimony and documents by empowering federal judges to fine government officials who “willfully” fail to comply with subpoenas.

Trump allies have recently defied subpoenas to testify before a special House committee investigating the Jan. 6 riot at the U.S. Capitol. The committee has subpoenaed dozens of people to gather testimony about what led hundreds of Trump supporters to storm the building.

They beat police officers, and some chanted, “Hang Mike Pence!” after Trump called out his vice president for refusing to try to overturn the electoral college vote. The rioters forced Pence and lawmakers to evacuate both chambers of Congress and hide for their safety.

A federal grand jury last month indicted former Trump adviser Stephen K. Bannon on charges of contempt of Congress for refusing to cooperate with the panel.

Schiff acknowledged that this bill faces long odds of passing the Senate, even though some of its provisions had been previously supported by Republicans during Democratic administrations.

The California lawmaker said the Senate should change the rules regarding the filibuster because Republicans have used the tactic to kill two major voting-rights bills this year. Republicans have argued those bills were an attempt to micromanage state and local elections.