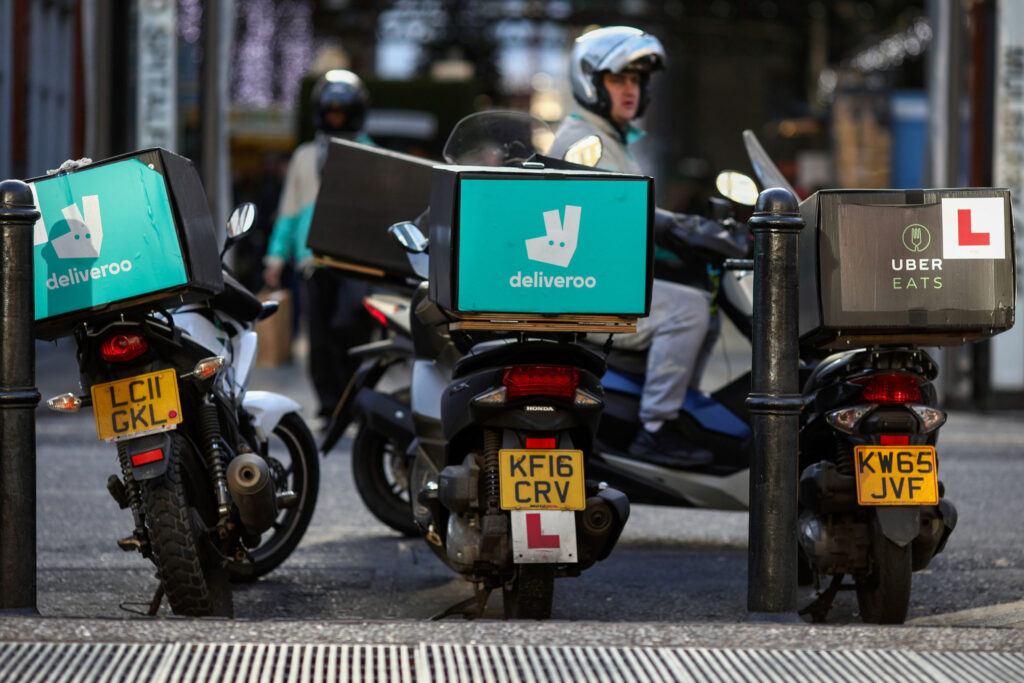 Millions of platform workers in Europe could be on their way to being designated as employees, a move that labor groups say could transform their status.

The European Commission on Thursday set out new rules that would mean people working for food-delivery and ride-hailing apps can presume that they are an employee regardless of what they are called in their contract. Gig economy workers are now mostly classed as self-employed across the bloc, and have faced years of uncertainty over earnings and status while digital platforms saw business boom during the pandemic.

“This directive is a landmark for raising standards of employment in the platform economy,” Stephen Cotton, general secretary of the International Transport Workers’ Federation, said in a statement. “Platform companies like Uber, Bolt, Deliveroo, Glovo and others for too long have been able to use loopholes in legislation to exploit workers.” The ITF says it’s the biggest union for ride-hailing and food-delivery gig workers globally and represents 20 million workers around the world.

The proposal may require the likes of Uber and Deliveroo to relinquish some control over workers so they become genuinely “self employed,” or else make them formal employees, which would grant them rights and protections such as paid annual leave and collective bargaining. The change could cost the sector as much as 4.5 billion euros ($5.1 billion) more a year, the EU estimates.

The platforms had mixed reactions:

– “We have worked with national governments across Europe and the rest of our industry on ways to strengthen platform work without risking the flexibility independent workers say they want. But we are concerned the Commission’s proposal would have the opposite effect – putting thousands of jobs at risk, crippling small businesses in the wake of the pandemic and damaging vital services that consumers across Europe rely on,” an Uber spokesman said in a statement.

– “Evidence from around the world clearly demonstrates that reclassifying riders has negative consequences for riders themselves, consumers, restaurants and the wider economy, These proposals will increase uncertainty and will be better for lawyers than self-employed platform workers,” a spokesperson for Deliveroo said in a statement.

Some highlights from the proposal:

– Platform workers would have a “rebuttable presumption of employment.”

– Burden of proof lies on platform to prove a worker is self-employed in a court.

– The rules would impact any digital platform that controls its workers by meeting two of five criteria: determining pay levels for workers, setting appearance and conduct, standards, supervising the quality of work, restricting the ability to accept or refuse tasks, or limiting the ability to build a client base.

– As many as 4.1 million people in the EU would be reclassified under the new rules.

– Another 3.8 million could be confirmed as self-employed.

It will take years before the proposal could go into effect, if at all, as the executive order has to have approval from member countries and the European Parliament.