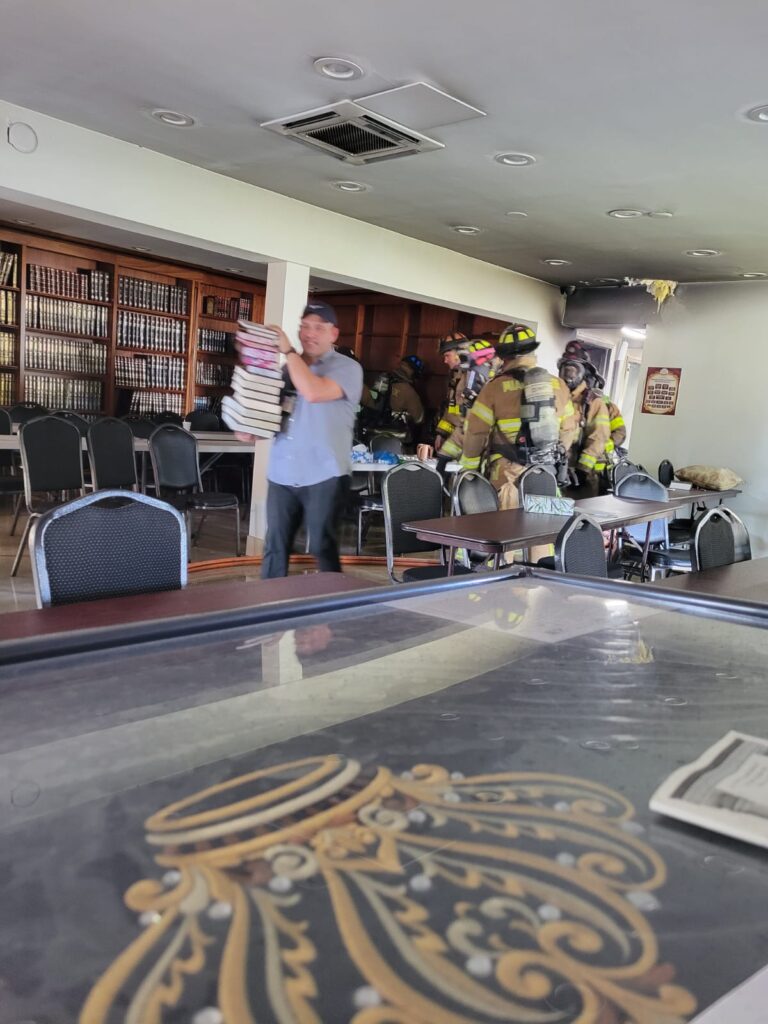 A fire broke out in Congregation Khal Chassidim in North Miami Beach on Wednesday afternoon, destroying several areas of the shul.

The fire department was alerted when a shul member walked in around 1 p.m. and saw the place was in flames. The blaze destroyed the kitchen and extensively damaged the bathrooms, and the firefighter, in an effort to put it out, cut open the roof, which would need to be replaced.

The sefarim and tefillin were damaged by smoke and the smell, but nothing was destroyed.

The cause is not yet determined, but it is believed it began with an electrical fire in the kitchen.