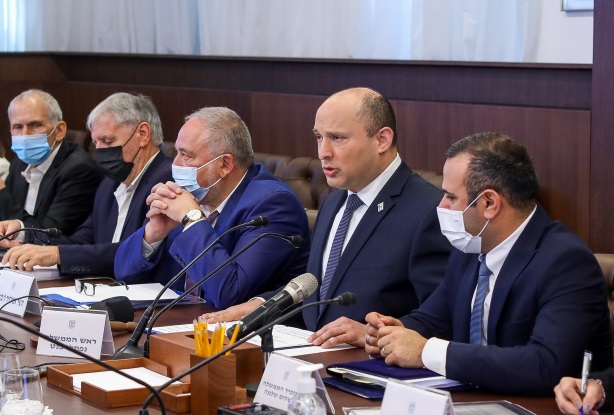 Prime Minister Naftali Bennett and Health Minister Natan Horowitz reached agreement for a 10-day extension of restrictions on travelers entering Israel. The restrictions were scheduled to expire next Sunday.

Non-Israelis are currently barred from entering the country besides exceptional cases, and vaccinated or recovered Israelis must enter quarantine that can end upon two negative test results, one upon arrival and another after 72 hours.

The quarantine requirement for returnees requires approval by the Knesset Health Committee, while the mandatory period in a coronavirus hotel will have to pass both the government and the Constitution and Law Committee.

A ban on some 50 African countries designated as red remains in place – meaning that Israelis cannot travel to them unless they obtain special governmental permission. All returnees have to quarantine for a minimum of seven days, including the first day in a coronavirus hotel until the first PCR taken upon landing returns negative.

Israeli media headlined a heated debate in the cabinet earlier in the day over Bennett’s proposal for a lockdown of the unvaccinated that would also prevent them from leaving or entering the country. Health officials reportedly defeated the idea, calling it “disproportionate.”

Meanwhile on Thursday, the Health Ministry reported that the number of COVID-19 patients in serious condition dropped below 100, the lowest level since July, despite concerns over the new Omicron variant, of which several cases were found in the country.

According to the latest figures, there were 96 people listed in serious condition, with 55 of them on ventilators.

The last time there were that few serious cases was on July 24. The number has been steadily dropping over the past month from 157 on November 9.