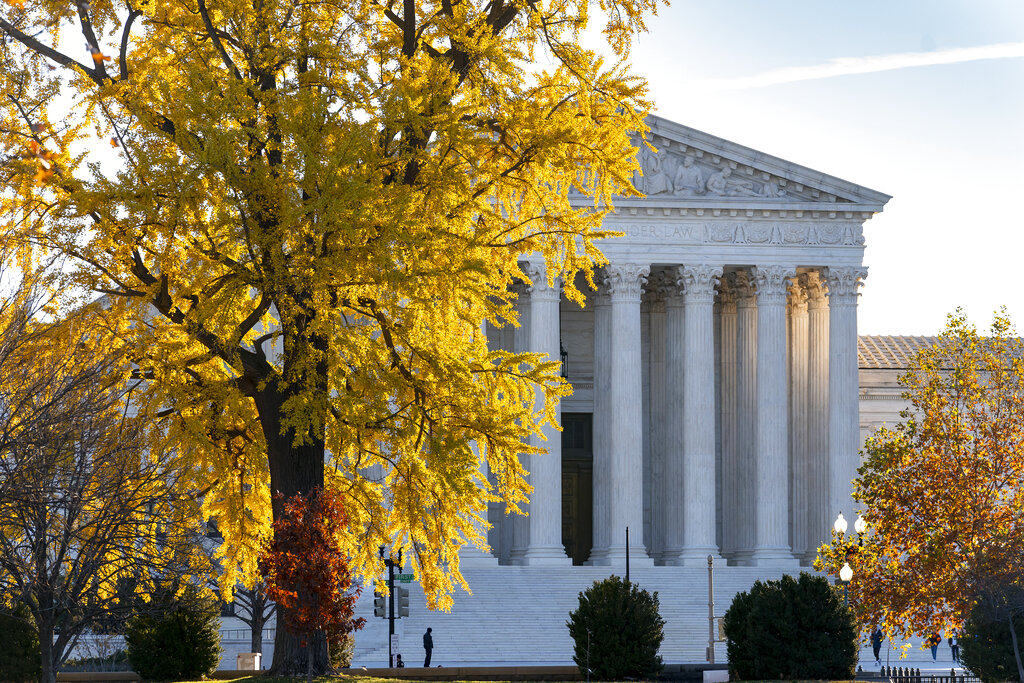 The U.S. Supreme Court appeared ready to rule that religious schools can’t be excluded from a Maine program that offers tuition aid for private education, a decision that could ease religious organizations’ access to government funding.

After nearly two hours of arguments Wednesday, the court’s six conservative-leaning justices seemed convinced that Maine’s exclusion of religious schools from its tuition program is unconstitutional.

The court’s three liberal-leaning members appeared to side with Maine’s defenses of its policy.

The case is the latest test for a Supreme Court that has favored faith-based discrimination claims in other cases where state programs sought to exclude religious institutions.

Justice Brett Kavanaugh used an example of neighbors, one choosing a secular private school and the other opting for a religious school for their children. The first family gets the state aid, but not the second.

“That’s just discrimination on the basis of religion right there at the neighborhood level,” Kavanaugh said.

But Justice Elena Kagan said Maine had seemed to design its program to avoid raising “questions of religious favoritism, religious division and so forth.”

In largely rural Maine, the state allows families who live in towns that don’t have public schools to receive public tuition dollars to send their children to the public or private school of their choosing. The program includes institutions that are nominally affiliated with a religious group, but bars ones that include religious instruction or mandatory prayer in their curriculum.

The majority of the court’s justices said that a lower court decision to uphold Maine’s program based on a distinction between religious “status” and religious “use” was fraught as it leaves the state favoring institutions that are less infused with faith teaching over those where it plays a larger role.

“And we have said, that is the most basic violation of the” Constitution – “for the government to draw distinctions between religions based on their doctrines,” said Chief Justice John Roberts.

Parents challenging the program argue that the exclusion of religious schools violates their religious rights under the Constitution. Teachers’ unions and school boards say states can impose limits on government funding for private education without running afoul of religious freedoms.

Christopher Taub, Maine’s chief deputy attorney general, told the justices that the key factor in the state’s exclusion of schools is whether it is “inculcating people in a particular religion.” He also explained that the state’s goal is to afford parents options that mirror public schools in neither promoting nor impeding religion.

Justice Samuel Alito questioned Taub’s point, noting that parents could use the program to send their children to elite private schools.

“That’s the rough equivalent of a public education?” Alito asked, pointing out the sharp difference in the experience such institutions offer compared to public schools.

Kagan said the court has allowed states to make different decisions at or near the intersection of church and state.

Last year, the high court ruled 5-4 that states must give religious schools the same access to public funding that other private schools receive, preserving a Montana scholarship program that had largely benefited students at religious institutions.

In that case, the court said states don’t have to allow public money to be used in private education. But they can’t keep religious schools out of such programs, once created.

The Montana case was widely seen as a referendum against the constitutionality of “Blaine Amendments,” provisions that ban state funding of religious schools.

Should the Maine parents prevail, as they seem likely to, it could be yet another victory in the decades-long battle waged by school-choice advocates and supporters of religious schooling to wipe the amendments from the books.