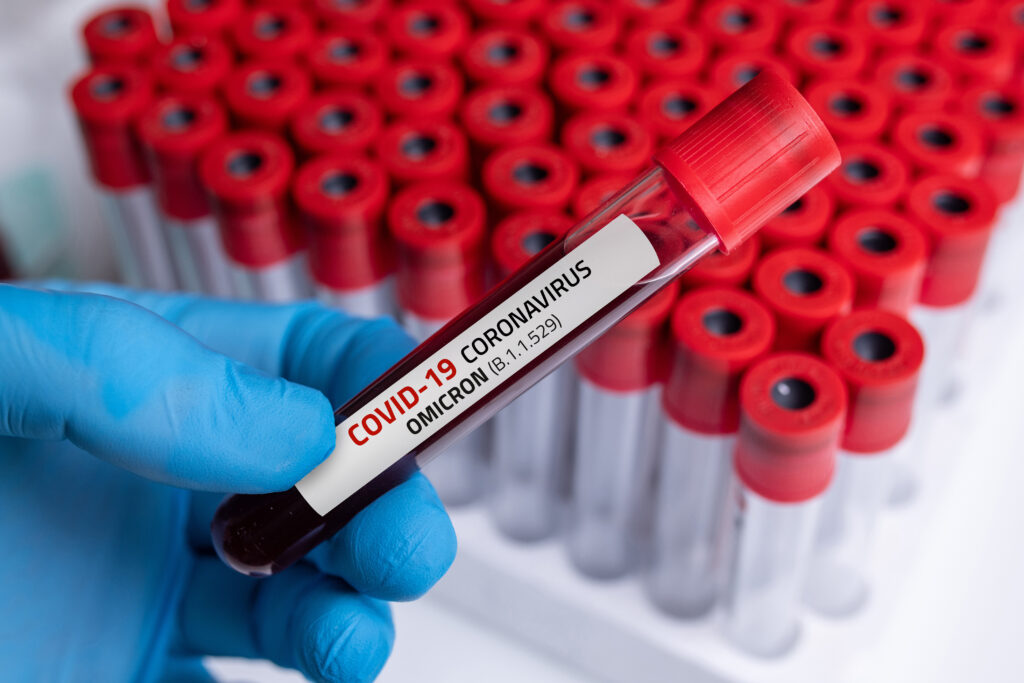 The Omicron variant can partially evade protection from two doses of Pfizer and partner BioNTech’s COVID-19 vaccine, the research head of a laboratory at the Africa Health Research Institute in South Africa said on Tuesday.

Alex Sigal, a professor at the institute, said there was “a very large drop” in neutralization of the Omicron variant relative to an earlier strain of COVID-19.

Exposing the blood of vaccinated individuals to different virus variants, she found that the ability to mount an antibody response to Omicron in people who had three shots of BioNTech/Pfizer was up to 37 times lower than the response to Delta.

An antibody response to Omicron half a year after a two-shot regimen of Pfizer/BioNTech, Moderna or a mixed course of AstraZeneca/BioNTech was not even measurable, Ciesek added.

She posted only selected findings online and the university said the paper had not yet been published.

“The set of data underscores that it makes sense to develop a vaccine that is adapted to Omicron,” Chiesek tweeted, adding that no conclusion could be drawn about protection against severe disease.

The Omicron variant, first detected in southern Africa last month, has triggered alarms globally of another surge in infections, with more than two dozen countries from Japan to the United States reporting cases.

The World Health Organization classified it on Nov. 26 as a “variant of concern,” but said there was no evidence to support the need for new vaccines specifically designed to tackle the Omicron variant with its many mutations.

Sigal’s lab tested blood from 12 people who had been vaccinated with two doses of the Pfizer/BioNTech vaccine, according to a manuscript posted on the website for his lab. The preliminary data in the manuscript has not yet been peer reviewed.

Blood from five out of six people who had been vaccinated as well as previously infected with COVID-19 still neutralized the Omicron variant, the manuscript said.

“These results are better than I expected. The more antibodies you got, the more chance you’ll be protected from Omicron,” Sigal said on social media.

He said the lab had not tested the variant against blood from people who had received a booster dose, because they are not available in South Africa yet.

According to the manuscript, the lab observed a 41-fold decline in levels of neutralizing antibodies against the Omicron variant. Sigal said on social media that figure is likely to be adjusted after his lab does more experiments.

While neutralizing antibodies are an indicator of the body’s immune response, scientists believe other kinds of cells such as B-cells and T-cells are also stimulated by the vaccines and help protect against the effects of the coronavirus.

The preliminary data does not indicate that the vaccine is less able to prevent severe illness or death. While lab tests are underway, BioNTech CEO Ugur Sahin said last week, “we think it’s likely that people will have substantial protection against severe disease caused by Omicron.”

There is not significant data yet on how vaccines from Moderna, Johnson & Johnson and other drugmakers hold up against the new variant. All the manufacturers, including Pfizer and BioNTech, are expected to release their own data within weeks.

BioNTech’s Sahin told NBC News on Tuesday that the drugmaker has data coming on Wednesday or Thursday.

He said the United States was doing its own tests to determine the protectiveness of the current vaccines and expects results sometime next week.

Umer Raffat, an analyst for Evercore ISI, cautioned against reading too much into a single study, noting there has been significant variability in measuring declines in antibody levels in previous lab studies.