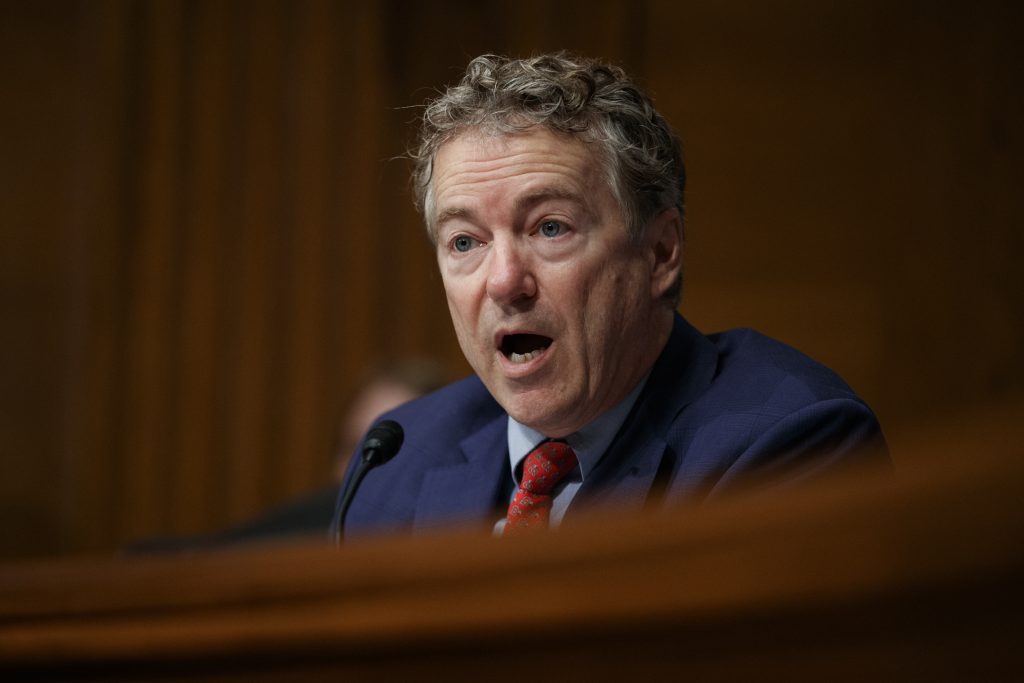 The Senate on Tuesday rejected a bid from a bipartisan group of lawmakers to stop President Joe Biden’s administration from selling more than $650 million worth of weapons to Saudi Arabia, allowing the deal to proceed despite the Gulf nation’s dismal record on human rights.

A procedural motion by Sen. Rand Paul, a Kentucky Republican, was rejected on a 30-67 vote, in just the latest skirmish in Congress over U.S. sales of weapons to the country.

Saudi Arabia is one of the U.S.’s most steadfast allies in an unstable region of the globe. But the country’s leading role in a civil war in nearby Yemen, which has blocked the flow of basic necessities like fuel, food and medicine, as well as the role Crown Prince Mohammed bin Salman played in the assassination of U.S.-based journalist Jamal Khashoggi, has tested the strength of that bond.

“We could stop this war if we really had the will to do it,” Paul said on the Senate floor. “All of America should be appalled at the humanitarian disaster caused by the Saudi blockade of Yemen.”

Among those joining Paul in seeking to stop the arms sale were Sens. Mike Lee, a Utah Republican, as well as liberals like Bernie Sanders of Vermont, Elizabeth Warren of Massachusetts and Patty Murray of Washington.

“The United States must do everything in our power to bring this brutal and horrific war to an end,” Sanders said from the Senate floor. “Exporting more missiles to Saudi Arabia does nothing but further this conflict and pour more gasoline on already raging fire.”

This isn’t the first time a bipartisan coalition of lawmakers has tried to block the sale of arms to Saudi Arabia. Congress repeatedly tried to stop former President Donald Trump from selling billions worth of arms to the country — forcing the then-president to issue a handful of vetoes.

Biden himself pledged on the campaign trail in November 2019 to make the Saudis “pariahs” while vowing that he was “not going to, in fact, sell more weapons to them.”

But since his election in 2020, Biden has take a different tack.

In a statement, the administration decried efforts to block the sale, arguing such action would “undermine the President’s commitment to aid in our partner’s defenses at a time of increased missile and drone attacks against civilians in Saudi Arabia.”

Senate Minority Leader Mitch McConnell, who supports the arms sale, said blocking it would further diminish U.S. influence in the world. He also argued that countries like Russia or China would step into the void and provide the weapons, rendering the gesture meaningless.

“It would give the world yet another reason to doubt the resolve of the United States and it would give our biggest adversaries a new foothold to exert their influence over a rapidly changing and important region,” the Kentucky Republican said.