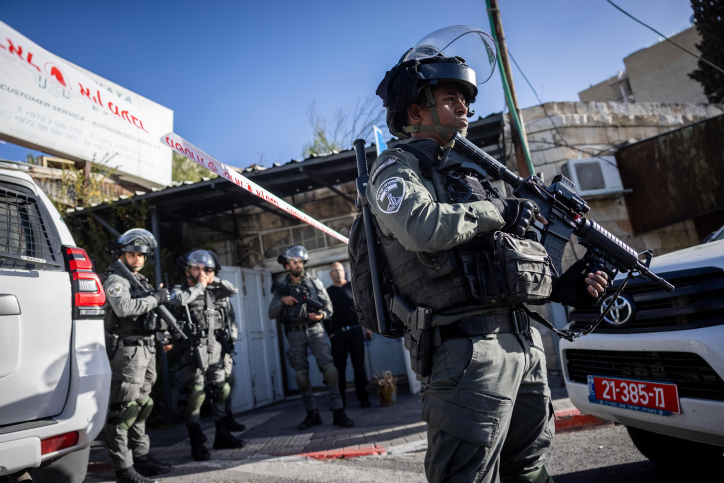 The Palestinian who allegedly stabbed a 26-year-old Jewish woman on Wednesday morning has been identified by Israeli police as a neighbor of the victim, who lives across the street, according to media reports.

Moriah Cohen was hospitalized after she was stabbed near the kever of Shimon HaTzaddik while walking her children to school in the Shimon HaTzaddik (Sheikh Jarrah) neighborhood of Yerushalayim.

She was admitted to hospital with a 12 inch-long knife lodged in her back, a surgeon said, declining to be named, according to Reuters.

Her children were physically unharmed and were being supervised by police at the scene after their mother was taken to the hospital.

Magen David Adom paramedics who arrived on the scene found the woman in serious condition, provided her with lifesaving treatment, and took her to Hadassah Mount Scopus Medical Center. After arriving at the hospital, her condition stabilized and her wounds were listed as minor.

Mrs. Moriah Cohen was released home from hospital in the afternoon, b’chasdei Shamayim.

Police said they arrested a 14-year-old female suspect at a school after the morning assault in the street outside. A police statement, which did not name the girl, said “a number of women close to her” had also been detained for questioning.

Residents said two sisters from the Hammad family, which is in a legal battle with a Jewish group claiming the family’s house, had been taken into custody, along with their mother. One of the sisters, Nofoud Hammad, is 14. The residents said they did not witness the reported stabbing. The family declined comment.

“The stabber is our neighbor, she lives right across from us,” husband Dvir Cohen confirmed to reporters.

“It was a miracle,” he said. “If she had continued [the attack], I don’t know how this would have ended. I don’t want to think about it.”

An attorney for the suspect in the attack told The Times of Israel that she “denies any connection” to the stabbing.

A hearing has been scheduled for Thursday morning in Yerushalayim Magistrate’s Court.