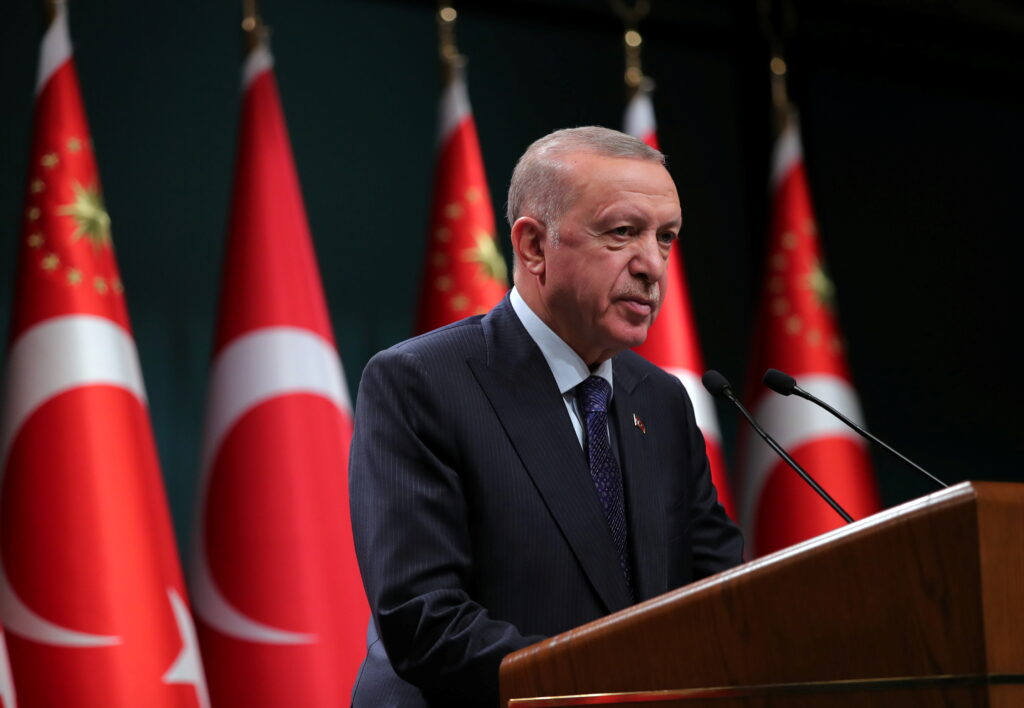 Turkish President Recep Tayyip Erdogan has said he is open to improved relations with Israel, but the country must first display “more sensitive” policies toward Palestinians.

Erdogan told a group of journalists in Qatar late Tuesday that better ties with Israel would be “beneficial” for peace in the wider region.

“But at this point, Israel needs to be more sensitive concerning its Palestinian policy. It needs to be sensitive about Jerusalem and al-Aqsa Mosque,” he said.

“As soon as we detect the sensitivities, we will do our best and take steps (for better ties),” Erdogan said.

The comments come as Israel faces a wave of terrorist attacks. The latest one on Wednesday, as a young Jewish mother was stabbed by a Palestinian in the Yerushalayim neighborhood of Sheikh Jarrah, where tensions between Jewish and Palestinian residents have long simmered.

A discussion on Arab violence against Jews across the country was held in the Knesset on Wednesday. MKs called for immediate action to quell the violence.

Erdogan made no mention of sensitivities toward Jews in Israel in his reported remarks.

The Turkish leader’s comments were reported by the state-run Anadolu Agency and other Turkish media on Wednesday.

Once robust regional allies, relations between Israel and Turkey have frayed throughout Erdogan’s tenure, during which the Turkish leader has been an outspoken critic of Israel’s policies toward the Palestinians.

Israel, for its part, is upset by Erdogan’s warm relations with Hamas.

The countries withdrew their ambassadors in 2010 after Israeli forces stormed a Gaza-bound flotilla carrying humanitarian aid for the Palestinians that broke an Israeli blockade. The incident resulted in the deaths of nine Turkish activists.

Relations broke down again in 2018, after Turkey, angered by the U.S. moving its embassy to Yerushalayim, once more recalled its ambassador from Israel, prompting Israel to reciprocate.

In a sign of improving ties however, Erdogan has recently held telephone calls with Israeli President Isaac Herzog as well as with Prime Minister Naftali Bennett — during which the latter thanked the Turkish leader for his role in the release of an Israeli couple who were arrested in Istanbul on suspicion of spying.