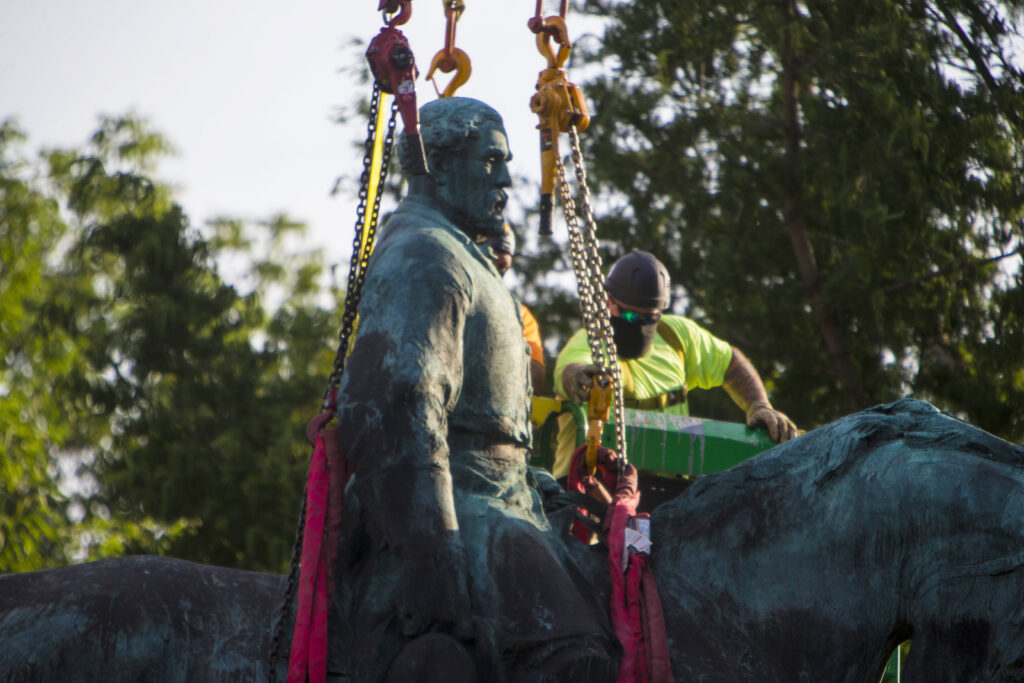 The statue of Confederate Gen. Robert E. Lee that drew violent protests to Charlottesville, Virginia, will be melted down and turned into a new piece of public art by an African American heritage center.

The city council decided how to dispose of the now-removed statue at the center of the Unite the Right rally in 2017 during a meeting that stretched into Tuesday morning, The Daily Progress reported.

The Lee statue and another of Confederate Gen. Thomas “Stonewall” Jackson were removed on the same day in July. The city received six proposals from entities interested in taking one or both of them, according to the newspaper.

Council members voted to donate the Lee statue to the Jefferson School African American Heritage Center, whose “Swords Into Plowshares” proposal received almost 30 letters of support from organizations and individuals, including the Descendants of Enslaved Communities at the University of Virginia and descendants of Monticello’s enslaved community.

“Our hope with ‘Swords Into Plowshares’ is to create something that transforms what was once toxic in our public space into something beautiful that can be more reflective of our entire community’s social values,” said the center’s executive director, Andrea Douglas. “We’re giving people opportunities to engage with our own narratives and our own histories. This project offers a road map for other communities to do the same.”

The Black-led heritage center’s news release also said that a “community engagement process” will inform the public art project, for which $590,000 has already been raised.

The council voted only on the disposition of the Lee statue Tuesday morning, the newspaper reported. Its removal this summer came more than five years after racial justice activists renewed a push to take down it down, drawing opposition from racist groups that culminated in the deadly 2017 rally.

Virginia’s highest court ruled the city could remove the Lee and Jackson statues.