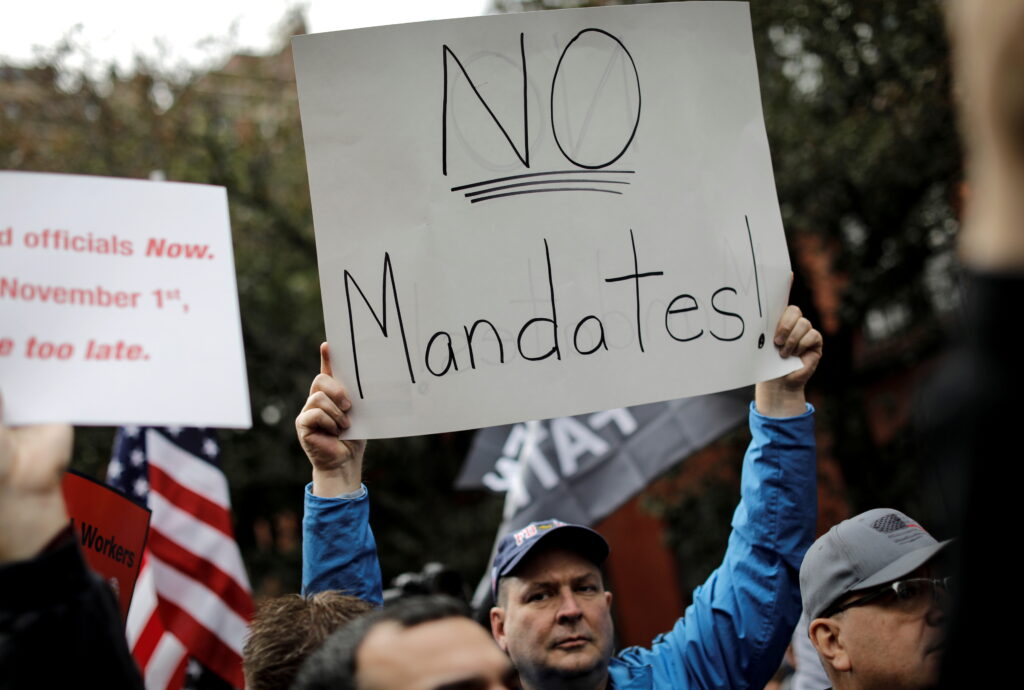 A federal judge in Georgia issued a nationwide injunction that prevents the U.S. government from enforcing a COVID-19 vaccine mandate on federal contractors, temporarily shutting down the last remaining vaccine requirement by the Biden administration.

U.S. District Judge Stan Baker in Savannah, Georgia, said Congress did not clearly authorize the president to use procurement to impose a vaccine requirement on contractors that will have “vast economic and political significance.”

The lawsuit was filed by the states of Georgia, Alabama, Indiana, Kansas, South Carolina, Utah and West Virginia as well as a trade group for contractors.

President Joe Biden in September said patience was wearing thin with the minority of American adults who refused to get vaccinated against COVID-19 and took several steps including requiring contractors to have their employees get the shots.

The pandemic has killed more than 780,000 Americans and slowed economic growth and snarled supply chains.

Mandatory vaccination has become an increasingly popular tool for private businesses to try to reopen offices, and courts have upheld private mandates as within the right of a business to set terms of employment.

However, courts have blocked several Biden administration vaccine mandates for exceeding executive branch authority and usurping a power over health policy, which is generally left to the states.

A federal judge in Kentucky on Nov. 30 temporarily blocked the contractor rule in the states of Kentucky, Ohio and Tennessee. Separate mandates for healthcare workers and for businesses that employ more than 100 people have also been blocked by courts.