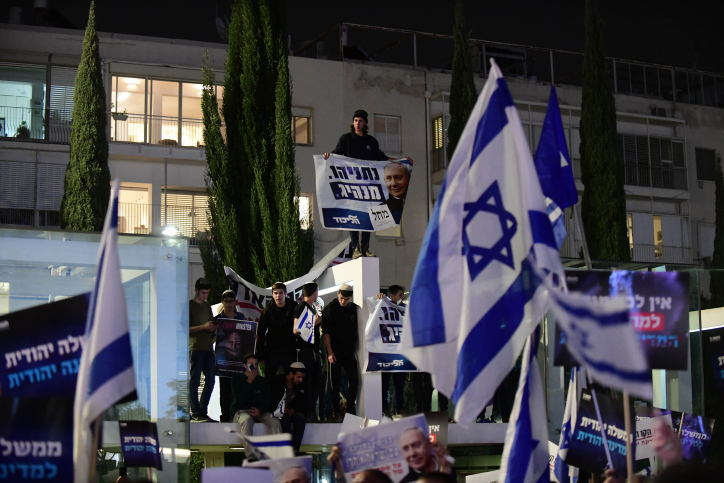 A large right-wing protest was held against the Bennett-Lapid government on Tuesday night in Tel Aviv’s Habima Square.

Participants accused Prime Minister Naftali Bennett of “stealing the election” and owing his coalition’s survival to the Islamists Ra’am party, whom they call supporters of terrorism. They also protested the government’s campaign to change the Jewish character of the state through reforms in kashrus, giyur and the status quo at the Kosel.

Several MKs, including Likud’s Amir Ohana and Eli Cohen, told the crowd that Israel is endangered by the current government and that the legal system and the media collaborated to drive former prime minister Binyamin Netanyahu out of power, echoing Netanyahu’s own claims.